“I Love My Religion More Than I Love My Kids”; When Atheists Marry Believers, Love May Not Conquer All January 20, 2015 Terry Firma

“I Love My Religion More Than I Love My Kids”; When Atheists Marry Believers, Love May Not Conquer All

Though it doesn’t have to be that way, for lots of couples, religion is a serious wedge issue.

I feel terrible for Tauseef, a British ex-Muslim whose six-year-old marriage is cracking because his wife’s faith has grown stronger while his own has dissipated. She holds it against him and has grown colder; he still loves her and tries to convince her that he can be the man she wants him to be. The BBC interviewed Tauseef recently. You can hear the sadness and anguish in his voice. 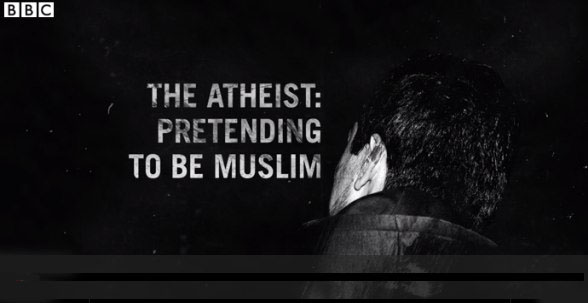 “She wants a husband who will take her on Hajj [the Muslim pilgrimage to Mecca] and lead her son in prayers but she knows I’m not the person to do that. … Three or four years ago I was serious about trying to find my way back into the religion, as insane as it sounds. I hung around with people who were more religious, I joined forums — but deep down it was impossible and I was just kidding myself.” …

The couple are both British Pakistanis and he hoped their similar cultural backgrounds would be a good thing, that religion would come second to this — and to love. “Perhaps we were a bit naive,” he adds. … He now finds himself pretending to be a believing Muslim to appease her.

Then there’s Jez, an atheist who “[makes] Richard Dawkins look a bit undecided,” he quips. He’s married to Heather, a practicing Catholic. Heather is disturbed by the fact that she and and her husband won’t share an afterlife, Jez says.

“I can only go to hell, by her set of beliefs, if her religion is the true one.”

Sometimes they fight about it. Nonetheless, their children have been baptized and go to church every week.

I have a hunch — and that’s all it is — that it’s much more common for atheists to brush aside their convictions and bend to those of their religious significant others’, than vice versa. Being an atheist, after all, comes with no prescribed ceremonies and other formal observances; so in terms of identifiable compromise, there’s not much for the religious partner to give in on — other than perhaps lessening the children’s involvement in religious ceremonies and gatherings.

Take, for instance, Glyn, an agnostic, who is married to David, an Orthodox Jew. As the cook of the house, Glyn must keep the kitchen kosher,

… dividing the small room into meat and dairy and keeping some of his favorite food well out of it.

What kind of sacrifices does David make to accommodate Glyn‘s beliefs? The article doesn’t say, but Glyn allows that he’s the one who’s had to adjust a lot more to David than the other way around.

You can listen to more stories of problematic interfaith and believer/atheist marriages here. The hardest-hitting fragments in that BBC radio documentary, for me, are those involving the couples’ children.

Says Heather of her and her atheist husband’s offspring:

My worry is that they become atheists. That’s my worry. Because that’s just two more people to pray for.

And then there’s this statement, from Harpreet, a Sikh married to a Muslim (their tying the knot caused her father to not speak to her for ten years, by the way):

While Harpreet sounds like an otherwise lovely, likable woman, how much strife and killing is the result of exactly that mindset? I couldn’t dream up a more damning statement about religious belief if I tried.

To end on a more positive note, Dale McGowan‘s 2014 book In Faith and in Doubt examines relationships between atheists and believers, and there’s no question that tons of these couples (including my progressive-Christian wife and me) work it out just fine. There are even advantages to such unions. Hemant, quoting McGowan, wrote about that here.

January 20, 2015
Conservative Christian Activist Admits She Had an Affair During Right-Wing Conference: "I Lost My Faith in God"
Next Post