How to Have a Civil Conversation on Social Media January 20, 2015 Hemant Mehta

How to Have a Civil Conversation on Social Media

Anthony Magnabosco has made a whole bunch of videos in which he speaks to strangers about their religious beliefs for just five minutes — and then deconstructs the whole conversation afterwards. (You can see his efforts here, here, here, here, and here.)

In his latest video, he explains how to help others realize how they’re thinking (and if they’re making any errors in their thought process) in situations not involving religion… on social media. That sounds like a recipe for disaster, yet he does a nice job analyzing, for example, his conversation with a conservative about racism and Ferguson. 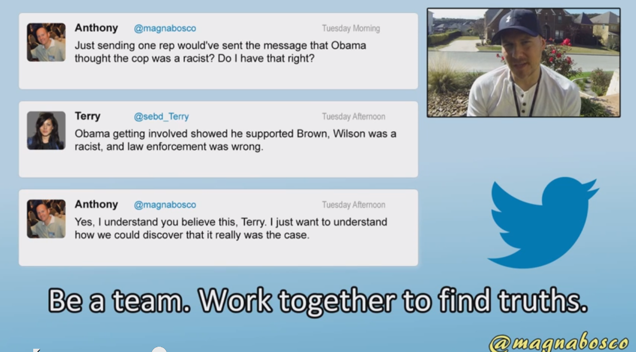 Given how most of these sorts of conversations would’ve ended in an ALL CAPS shouting match or someone being blocked, I’m amazed he had a civil conversation with someone so far down on the other side of the spectrum.

The impetus for this series on street epistemology comes from Peter Boghossian‘s book.

If any parts stand out, please leave the timestamps/summaries in the comments!

January 20, 2015
Pope Francis Speaks Out Against Reproducing "Like Rabbits" While Maintaining His Opposition to Contraception
Next Post