After arriving in what they claimed was an “armored Landrover,” a band of anti-Muslim activists from the far-right organization Britain First headed into London’s Brick Lane area the other night to hand out leaflets against Sharia patrols such as those organized by local hate preacher Anjem Choudary. The Britain First initiative was more or less a repeat of a similar event in February 2014.

Under both a heraldry sign featuring a cross and the headline “CHRISTIAN PATROL,” the text on the leaflets says

IT HAS COME TO OUR ATTENTION THAT MUSLIM PATROLS ARE OPERATING IN THIS AREA, CONFISCATING ALCOHOL AND HARASSING WOMEN. IF YOU SEE ANYTHING, PLEASE REPORT IT TO BRITAIN FIRST. 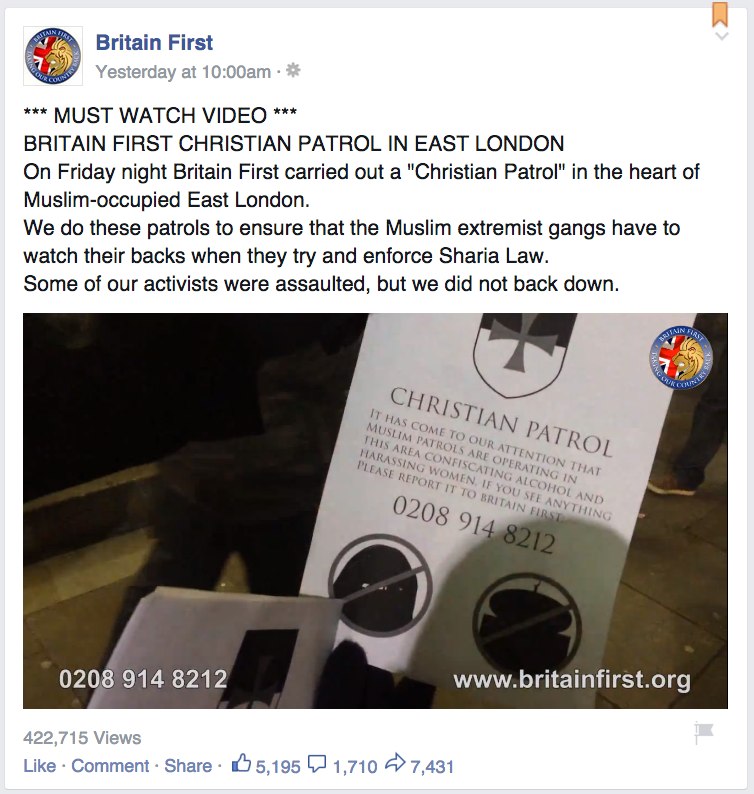 “Please report it to Britain First?” So the group can do what, precisely? I hope it’s not a matter of “our goon squad can beat up their goon squad.”

Anyway, here‘s a video of what went down.

Around the 4:15 mark, a Muslim man is seen violently shoving the Britain First cameraman, and a few minutes later another Muslim bystander flicks a burning cigarette into the face of one of the right-wingers, under the watchful eye of a bevy of London police officers who do nothing.


Of course, the video, which Britain First posted on its Facebook page, may have been edited to exclude right-wingers’ provocations. As for the cops not arresting the men who just committed battery, maybe they consider themselves peace officers first and were mindful not to escalate the situation unnecessarily. All the same, it is concerning that aggressive illegal behavior was allowed to occur with impunity.

You don’t have to be a Muslim to take offense at the idea of other citizens going on a self-described “Christian Patrol,” declaring Great Britain a Christian country (it isn’t), and talking further nonsense about East London being “Muslim-occupied territory.”

But neither is it cricket for London Muslims to organize Sharia patrols and distribute leaflets like these: 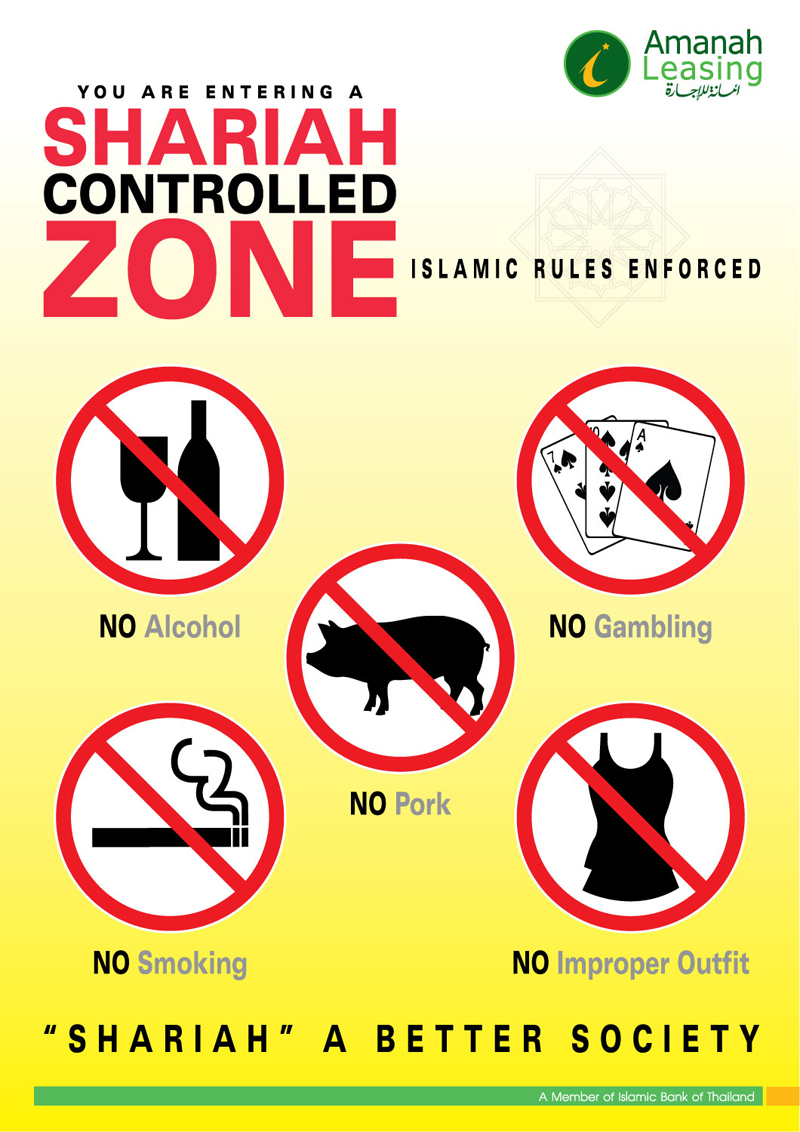 “There’s potential for a backlash, and Britain First will be the target — but anyone could also be a victim of it. [BF chairman Paul Golding] is putting himself and members of the public at extreme risk.”

I’m sympathetic to the idea that Britain First is not helping things, to say the least, but in a free and democratic society, all have the right to distribute political flyers.

And I chafe when Collins lays the responsibility for a possibly violent attack against Golding’s group at the feet of the right-wing protesters themselves. There should be no “extreme risk” involved in passing out pamphlets — not to the pamphleteers and not to “members of the public.”

It’s interesting that Collins allows for the possibility of some kind of  perhaps indiscriminate “backlash” assault from Muslims; it inadvertently seems to betray some of his true feelings about the much-vaunted Religion of Peace.

Bonus link: Christopher Hitchens writes about his adventures in “Londonistan” in this 2007 Vanity Fair piece.

January 20, 2015
Judge Tells Divorced Atheist He Has to Attend Church Services with His Children as Part of Settlement
Next Post

January 20, 2015 How Can You Resist?
Browse Our Archives
What Are Your Thoughts?leave a comment