Pastor Terry Jones Is Beset By Customers of His Furniture-Shipping Company Who Haven’t Received Their Possessions January 19, 2015 Terry Firma

Florida’s Terry Jones is a man of many talents: pastor, Qur’an-burning simpleton, french-fry-stand owner, and, we learn from the Bradenton Herald, the co-proprietor of a shipping company that specializes in transporting antique furniture from seller to online buyer.

The entrepreneurial pastor is currently struggling with more than his share of business setbacks. Considering that Jones is almost literally in al Qaeda’s crosshairs, the mall where he sells his fries made him remove three large photos of himself from the wall of the stand last week; he further had to agree to take his name off the lease and to stay away from the mall for the time being.

Now he’s also in a heap of trouble with his furniture-moving company.

From Philadelphia to Houston, customers of a moving company operated by a controversial pastor are upset. Antique dealers from across the country are sharing their stories of not being able to get answers from the Rev. Terry Jones on whether they will ever get their possessions back. 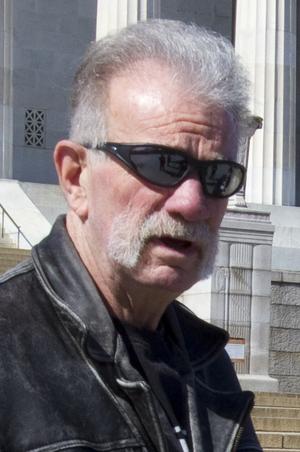 Adam Hoover of Main Street Modern in Canton, Ohio, estimates he has about $4,500 worth of merchandise held by Jones’ company and cannot get any answers. “I tried to contact them for over a week through email and phone and couldn’t reach anyone,” Hoover said in a phone interview. Several antique dealers who said they also had no idea about the owner’s controversial background told the same story. …

Jones and his brother operate TSC Moving, which ships furniture across the country. The company was started in Gainesville in 2008 but has since moved its base to Atlanta while maintaining its corporate address in Bradenton. The phone number is disconnected and contact information has been removed from TSC’s website.

Jones says the business has grown temporarily over his head, and that he’s been a little preoccupied with the fries-stand controversy and understandable concerns over his security. But get this:

Dealers said quotes are still being taken and [TSC] customers are being asked to prepay for shipments,

Furniture dealers said they were told by drivers that they were fired from the company,

… something that may suggest business trouble or even an imminent shutdown.

The pastor promises he’ll be in touch with the customers he’s left hanging for weeks or months. But it must be disconcerting to them that Jones, despite welcoming new orders, is no longer sure he even wants to continue the trucking business, he told the Herald.

Irate TSC customers filled the comment section below the Herald story and are now organizing on Facebook to formulate a plan of action for finally getting their possessions back.

January 19, 2015
The Civil Rights Act of 1964 Almost Allowed Discrimination Against Atheists
Next Post