BBC News, citing Amnesty International, presents a different way of sussing out the savagery inflicted by Nigeria’s Boko Haram, an Islamist insurgent group that attacks citizens with abandon and has a preference for schools, children, and teachers.

They show some 3,700 structures damaged or destroyed in Baga and Doron Baga last week, the human-rights group said.

Nigeria’s government has disputed reports that as many as 2,000 were killed, putting the toll at just 150. 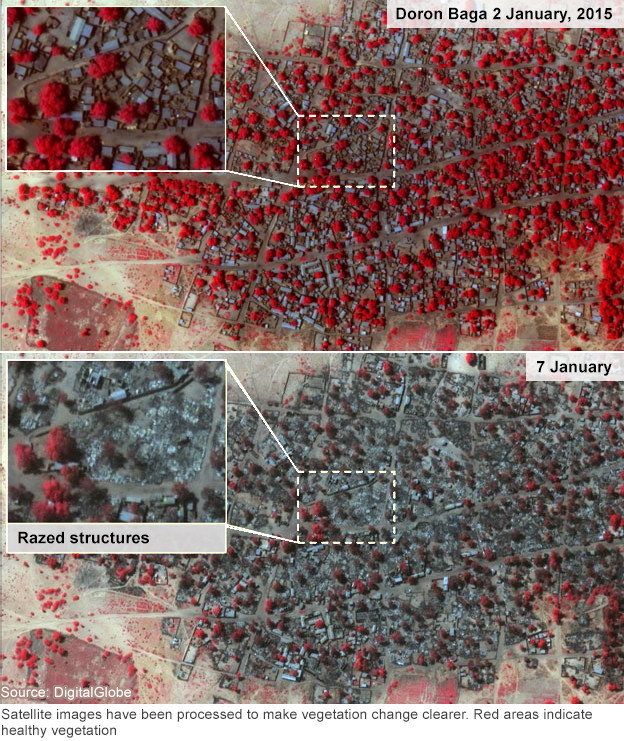 That same government has obvious reasons to downplay the death toll (prevent further panic, give the impression of being in control, hold on to power), but no one knows by how much.

This BBC News video, about how hard it is to nail down the details, conveys some of the frustration that reporters and locals feel over both the do-nothing authorities, and the sense that hundreds or even thousands of fresh victims mean little to a world that is still in the grip of last week’s bloodbath in Paris that killed “only” 17.

January 17, 2015
What is Astronomy All About? Here's a Crash Course
Next Post