Glenn Beck: If We Don’t Have Enough Spine to Stand Up to Satanists Seeking Equal Treatment, It’s “National Suicide”

Now that the Orange County School Board in Florida has put a stop to book distributions from outside groups — just to prevent atheists and Satanists from doing what Christians were doing for years — Glenn Beck is sad. Very sad.

Because in his world, Christians should’ve been able to do a Bible giveaway without anyone else getting in the way (or being included in the mix) and the school board’s capitulation to the notion of neutrality means our nation is doomed: 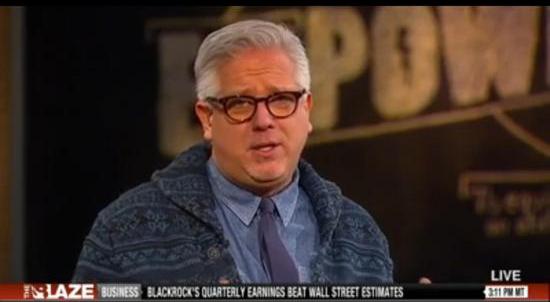 We are becoming openly hostile to our own foundation… We have tolerated and excused and embraced the ideals that are in direct opposition to our founding principles.

There’s not even enough spine left to stand up to Satanists!… We lie to ourselves and we say, “It’s our principles. We believe in free speech.” It’s not our principles of free speech! This is national suicide!

Beck still hasn’t figured out that The Satanic Temple — the group he’s railing against here — doesn’t believe in the Christian version of a living, breathing, evil Satan. Maybe because that would require research.

January 17, 2015
It's Difficult to Determine Boko Haram's Victim Toll, but Satellite Photos Tell Part of the Story
Next Post