Watch QVC Hosts Debate Whether the Moon is a Star or a Planet. Seriously. January 16, 2015 Hemant Mehta

Watch QVC Hosts Debate Whether the Moon is a Star or a Planet. Seriously.

The most surprising thing about this argument between host Jane Treacy and Isaac Mizrahi over whether the moon is a star or a planet is that it happened on QVC and not on Ken Ham‘s website. 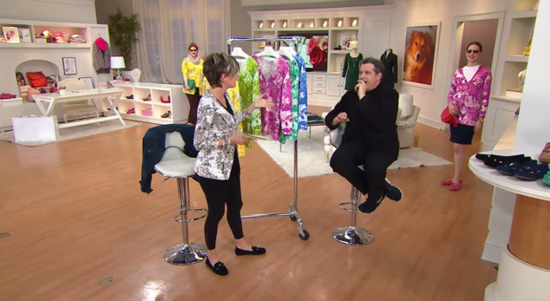 Of course, the moon is neither a star nor a planet. It’s a natural satellite (which the hosts eventually find out). But you all knew that already.

I actually found the squabble more amusing than frustrating. So they don’t know what exactly the moon is. That’s fine. I’m sure a lot of people don’t. But at least the QVC hosts aren’t trying to influence science policy or change school curricula…

January 16, 2015
Winfield (AL) Leaders Don't Get Why Atheists Are Upset About the City Council Declaring God “Owner” of the City
Next Post

January 16, 2015 Some Hope for Raif Badawi? Saudi Leaders Will Review His Case
Browse Our Archives
What Are Your Thoughts?leave a comment