Bill Maher: I Was Starting to Like This Pope, But He’s Dead To Me Now January 16, 2015 Terry Firma

Bill Maher: I Was Starting to Like This Pope, But He’s Dead To Me Now

Bill Maher, commenting on Pope Francis‘ insistence that faith may not be mocked, delivers a fine rejoinder: 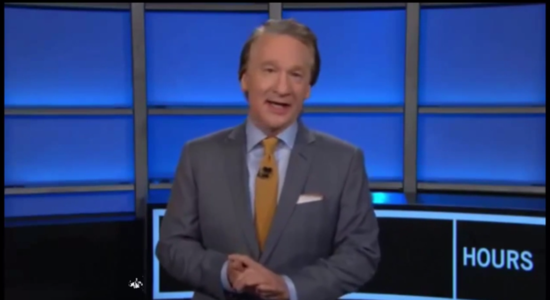 If you’re in the mood for a less funny but more methodical takedown, Jacob Sullum obliges:

In effect, Pope Francis expands the misbegotten (and apparently obsolete) “fighting words” doctrine from its original context of in-person, one-on-one encounters to published words and images that make people mad. Because that anger can be expected to result in violence, he says, those words and images cannot be tolerated. Call it the terrorist’s veto.

This argument demeans Muslims, portraying them as irrational brutes unable to control their violent impulses; encourages violence by deeming it normal, expected, and (apparently) justified; and provides an astonishingly wide rationale for censorship, which Francis casts as a public safety measure that is necessary to keep the peace. The pope says “you cannot provoke,” which means freedom of speech extends only to messages that no one finds objectionable. In other words, there is no freedom of speech.

January 17, 2015 What is Astronomy All About? Here's a Crash Course
Browse Our Archives
What Are Your Thoughts?leave a comment