Watch These Christian Men Apologize for Allowing Women They Slept With to Have Abortions January 15, 2015 Hemant Mehta

In a video put out by anti-abortion group HeroicMedia, a bunch of male pastors explain how sorry they are for letting women have abortions.

They even say to the camera, “I had an abortion,” because abortions are really all about them. And then they apologize to everyone who’s ever had an abortion, since that’s what you all really wanted from them. 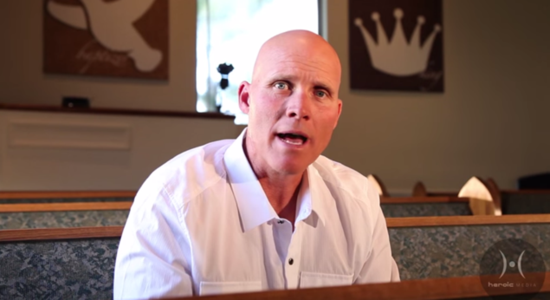 The most damning comment is from Daniel Phillips, the guy who says, “I’m sorry this is available,” since, in his mind, women should always be forced to have children against their will.

We never see the women involved in these decisions. We never find out if they also regret it, or if they wish they had been “rescued.” Because, like in so much of Christian culture, their perspectives just don’t matter.

And there’s no room whatsoever for the notion that many women (and their partners) have no regrets at all about their abortions.

That’s Christianity in a nutshell, isn’t it? They can’t be completely honest with you because, if they are, you’ll see right through it. It’s much easier to just live in a bubble where abortions always lead to regret.

The best indicator of how someone getting an abortion will feel afterwards is their mental health before… [A] man choosing not to support you during an abortion, berating you for having chosen one and then going on to talk about it like it’s his darkest and most shameful secret could be a lot more psychologically scarring than terminating an unwanted pregnancy.

If they want to make a persuasive case against abortion, this isn’t the way to do it. It’s dishonest at best and it completely ignores the most important voices on the topic.

January 15, 2015
According to This Christian Scientist, Your Thoughts Can Alter Your DNA for Generations to Come
Next Post

January 15, 2015 Christian Author of Near-Death Experience Book Recants Story: "I Thought It Would Get Me Attention"
Browse Our Archives
What Are Your Thoughts?leave a comment