Rankin County School District in Mississippi has already been the subject of some major church/state separation violations.

But after a student approached a Brandon High School teacher about forming a Gay-Straight Alliance, the reactions of the school board and superintendent show that they’ve learned absolutely nothing over the years.

Check out what happened when Superintendent Lynn Weathersby (below) told the school board to adopt a new policy to prevent “gay clubs” from forming: 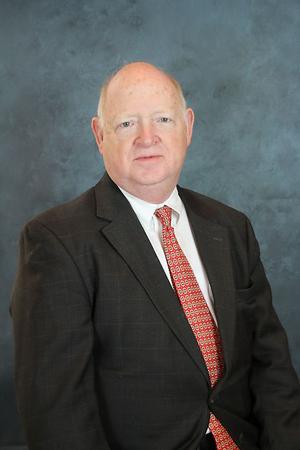 “I talked to (board attorney) Freddie (Harrell) and several administrators about what we could legally do to limit organizations like that on campus that we don’t want to endorse and don’t want,” Weathersby said.

In the school board meeting on Wednesday, Weathersby said he spoke with the board attorney and other administrators and learned that the best strategy for limiting organizations would be to require parents to sign a consent form allowing their children to participate in the club.

Newly appointed board member Ira Singleton asked Harrell what would happen if parents did consent to their children participating in such a club. Harrell responded that at that time, it would be up to the school’s principal to decide whether the club meets school requirements.

Dick moves don’t get bigger than this.

Weathersby dismissed the need for the GSA group — even though his mindset, which I’m sure is shared by many in the area, is precisely the reason such groups are needed.

He incorrectly suggested (as I read it, anyway) that the existence of a GSA group means the district somehow “endorses” homosexuality.

And then he pushed the board to create an obstacle to the formation of a GSA group by requiring students to get their parents’ permission to attend meetings — which isn’t going to happen when you live in Mississippi.

Because when students get together for a GSA meeting, all they do is talk about their favorite sexual positions. (Seriously, how ignorant do you have to be to think that’s what goes on?)

The district can’t legally stop a GSA from forming but, as Weathersby knows all too well, they can put up all sorts of barriers making it all-but-impossible for students to meet.

I hope the students form the group despite the barriers, and I hope they get a huge turnout for their meetings. What better way to send a message to Weathersby that his bigotry won’t be tolerated by the students?

(Thanks to Cozmo for the link)

January 15, 2015
U.K.'s Sky News Does Interview About Charlie Cover, Cuts Feed in a Panic When Interviewee Attempts To Show It
Next Post