This week, one million copies of Charlie Hebdo will be printed. That’s only one copy for every four demonstrators who took to the streets of Paris and other French cities yesterday.

World leaders joined nearly 4 million people in the streets of Paris and around France Sunday, in solidarity with the victims of a terror spree last week that killed 17 people. … French officials said it was the largest street demonstration in the country’s history.

It may have been the largest peaceful gathering ever in all of Europe. 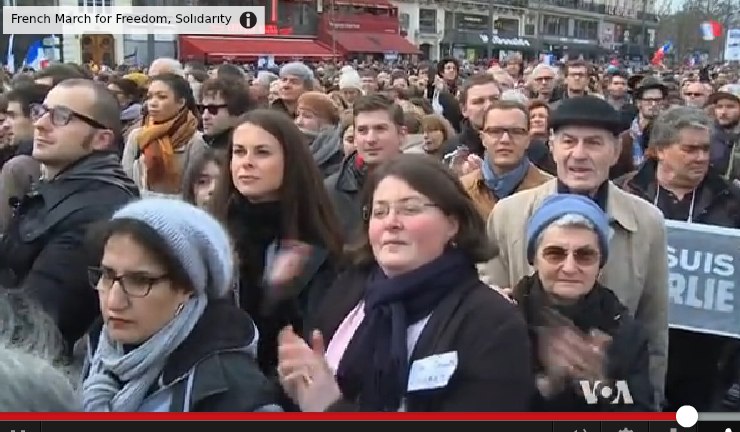 A [government] spokesman said that 1.2 million to 1.6 million people had marched in Paris and about 2.5 million people in other cities around the country.

I wish I could have joined.

P.S. Listen to the Muslim demonstrator Diallo at 1:24. I deeply appreciate the good intentions of everyone who marched, including Diallo’s, but I think his statement is delusional. The Charlie Hebdo murderers shouted Allahu akbar (Allah is great) and “We have avenged the prophet Mohammed!” after gunning down 12 people. How do you go from that to this?

“This is not a question of religion. It’s a personal problem, and in fact it doesn’t have to do with Islam.”

It wasn’t Islam at all; they just had a personal problem. Glad that’s all cleared up.