Stephen Fry Reminds Us That Mockery Need Not Be “First Rate” To Deserve Our Strongest Protection January 12, 2015 Terry Firma

British comedian, orator, and atheist Stephen Fry isn’t too impressed by the late Kouachi brothers‘ ability to think things through:

I cannot be sure exactly how many people have seen one or more of the Charlie Hebdo cartoons that “insult” Islam or mock its prophet since the murders, but I should imagine the number is now in the tens of millions. Had the brothers stayed their bloody hands it would have been 60,000 at the very most. Mohammed must be very cross indeed that his two cretinous representatives have spread the ‘insults’ so far and so wide. If Saïd and Cherif Kouachi had had a grain of sense in their terminally moronic heads, they could have foreseen that their actions would create secular martyrs, propagate those images they so disliked, and increase yet again reasonable people’s dislike of the faith they claimed (rightly or wrongly) to represent.

It’s not quite at the level of Fry’s sublime rant in this sketch, but I like it. (When you play the video, just imagine he’s talking to the Kouachis.) 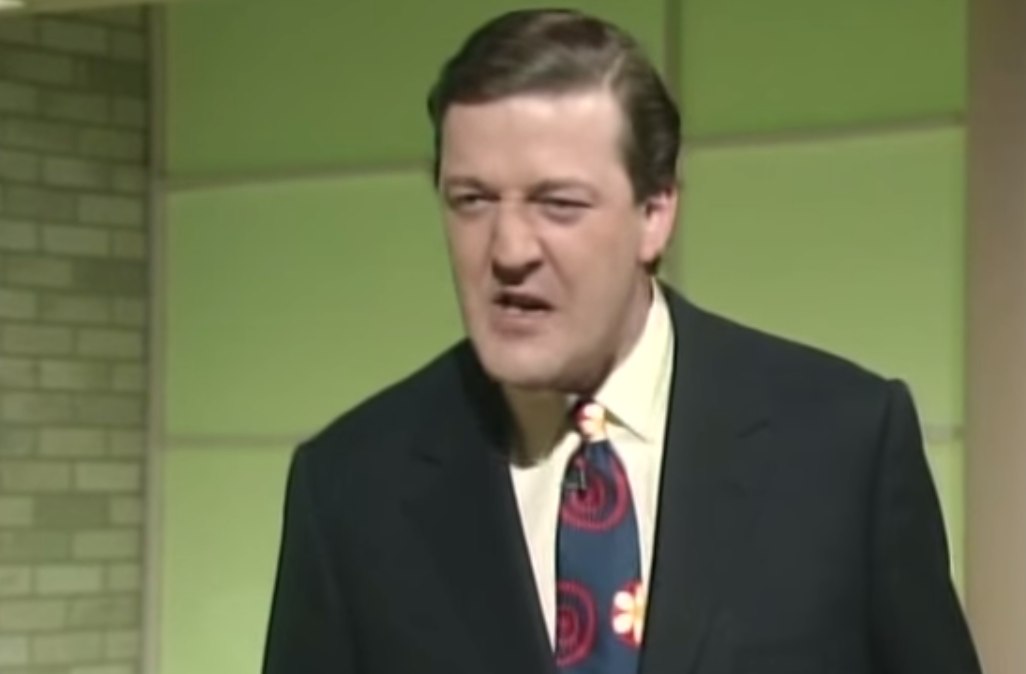 Fry has been told on Twitter that Charlie Hebdo spewed hate, but he begs to differ.

It is exceptionally important to remember that what they actually spewed, if you want to use that word, was contempt. Contempt for Islam, for Christianity, for Judaism — for anything they could have a go at. They were often, in the weasel word of our age, ‘inappropriate’. Their cartoons bordered on racist and repulsive. Had I been a Parisian I don’t doubt I would be a regular reader of Le Canard Enchainé (which approximates our venerable and superb Private Eye) and that I would look down my Parisian nose at readers of so vulgar and sophomoric an effusion as Charlie H.

[W]hat has that to do with anything? I remember all those years ago when the fatwa was declared on Salman Rushdie, plenty of British writers and commentators who absolutely should have known better claimed that The Satanic Verses ‘really wasn’t that good’, the implication being that it was therefore hardly worth making a stand against the death sentence laid on its author. As it happens (not that it matters of course) … The Satanic Verses is one of the great post-war comic novels. Similar horrible nonsense was spouted recently by some on the subject of the Sony film The Interview. ‘Oh, it’s actually rather poor.’

It’s a time-honored tactic, but it doesn’t deserve to be a successful one. And, happily, it’s not without risk for the people laying the charge.

The now forgotten writer, broadcaster and Christian apologist Malcolm Muggeridge destroyed his legacy as a serious and interesting man in fifteen footling minutes on television in which he languidly described Monty Python’s Life of Brianas ‘tenth rate’ … as if that were a reason to stop it being screened. Utterly disingenuous. He wanted to stop it being screened because he was ‘offended’ by its ‘blasphemy’ and so he offered the same non-argument as those advanced by his fellow Festival of Light founder Mary Whitehouse of hilarious memory: “Oh I’m not shocked, oh no. In fact I found it rather boring.” Of course you did darling, and therefore we must certainly censor it right away. Bah! These days Life of Brian regularly comes top in all-time best comedy film polls, and Muggeridge might only be warmly remembered for being the MI5 officer who debriefed in kindly manner P. G. Wodehouse and his wife in Paris after its liberation in 1944.

Regardless of awards or critical acclaim or popularity, ideas and opinions need society’s protection from censorship, especially the kind that goes hand in hand with violence.

So let no one think that in order to be defended against censorship of any kind, let alone the terminal horrors of Wednesday 7th January, a work of art or a film or a novel or a cartoon need be ‘first rate’ (whatever that means).

Christopher Hitchens, in a brilliant 2005 speech, made more or less the same point (starting at 3:50):

January 12, 2015 Pastor Who Bragged About Punching a Kid in the Chest Apologizes (After Removing All Sermon Videos from Vimeo)
Browse Our Archives
What Are Your Thoughts?leave a comment