It’s Time for Conservative Christians To Take Responsibility For Transphobia

LGBT advocates are still grieving — will long be grieving — the loss of Leelah Alcorn, a 17-year-old transgender girl who committed suicide partly because of her religious parents’ rejection of her identity. Her death has reignited a national conversation about the struggles transgender youth face, and the devastating effects that can result when they aren’t met with love and support. 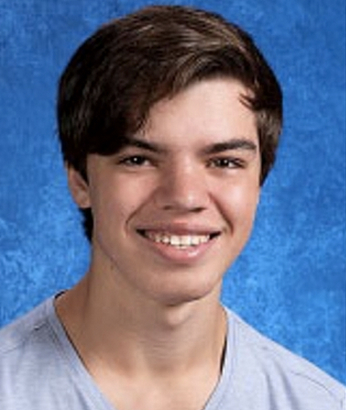 But all sensitivity is lost on the religious right, who are jumping to prove that Leelah’s death was the result of her own selfish “disorder.”

We don’t even need to point out that the entire post misgenders Leelah, using male pronouns and her birth name. That’s par for the course when it comes to conservative Christian “analysis” of trans issues.

But even having the common decency to use her name wouldn’t make up for how Higgins tries to break down the circumstances of Leelah’s death. Here’s a list of possible explanations she offers for Leelah’s suicide, as well as the despair suffered by so many other LGBT teenagers, particularly those who are trans:

Perhaps the depression and suicidal ideation that gender-confused teens, post-op “transsexuals,” and homosexuals experience results in part from societal disapproval,* but perhaps their anguish results at least in part from apprehension of the truth that God has written on their hearts regarding homoerotic activity, cross-dressing, and bodily mutilation.

Higgins is straight-up acknowledging that the shame and stigma her community helps to perpetuate is a cause of anguish for LGBT youth, yet she has the audacity to follow it with a “but” claiming it’s their own fault.

Why would LGBT teens feel like some god disapproves of them? Because of the conservative Christian groups who say so over and over. Plenty of LGBT-affirming churches know a very different “truth” about their God’s feelings on homosexuality and trans people. In those places, that God is A-OK with it.

By the way, here’s the footnote at the bottom of the page addressing that asterisk:

Here are the other perhaps-es that Higgins says are more to blame for Leelah’s suicide than the reasons she wrote herself in her suicide note, which she posted on Tumblr:

Or perhaps both depression and disordered desires related to sexuality are symptoms of other underlying problems.

Yeah, they are symptoms, and the underlying problem is stigma. Shame. Societal ignorance. Public degradation of LGBT people by groups like the Illinois Family Institute.

Perhaps teaching teens who experience same-sex attraction or gender confusion the politically expedient lie that all conservatives hate them contributes to their anguish.

I’ve never heard anybody say this; see, again, the lists of LGBT-affirming churches, other religious groups, and even conservative political organizations (though the sometimes wonky specifics of those are another story). And more generally, talk about the pot calling the kettle hateful.

Perhaps the anguish of homosexual or gender-confused teens is exacerbated when they’re told that their only hope for a fulfilling life depends on the affirmation of their same-sex attraction or desire to be the opposite sex.

What if someone forced Laurie Higgins to give up her identity as a Christian? As a mother? As a woman? Fulfillment depends on a person’s identity, passions, and love being affirmed throughout their life, whether they are gay, straight, trans, cisgender or anything else. Demanding a person renounce a critical part of their self is traumatizing, no matter what that part is.

Perhaps telling homosexual or gender-confused teens that their desires will never change contributes to their despair.

Perhaps telling teens their desires are wrong contributes to their despair more.

Perhaps the refusal of “progressives” to tell teens who experience same-sex attraction that childhood molestation can contribute to what homosexual therapist Howard Fradkin refers to as “sexual orientation confusion” does a disservice to them.

Yes, we can say this with certainty. Depictions of sexuality between men and women are everywhere from the minute a child is born; different-sex relationships are featured prominently in almost every children’s film a kid will watch growing up. Being aware of and surrounded by heterosexuality doesn’t mean a child will be heterosexual (I’m sure every LGBT kid in the world has been taking in heterosexual media since infancy). Why would same-sex relationships in the media influence a child to be gay?

The icing on the cake is an outright denial of Leelah’s experiences as she wrote in her suicide note.

No evidence? A suicide note documenting abusive therapy and deliberate isolation from her friends isn’t evidence? If that isn’t enough, bad news: Leelah’s mom went on the record and told CNN that she rejected her child’s trans identity because of her own religion. Carla Alcorn said she loved her “son” unconditionally, but ignoring her child’s identity, telling her she needed fixing, and turning a blind eye to her suffering is not love.

I’m not sure where it originated, but a heartbreaking comment making the rounds online summarizes it: “They loved their son so much, they killed their daughter.”

Leelah’s death isn’t enough to prove to Laurie Higgins that transphobia is real and toxic and tragic. A child has died, and we are deconstructing her suicide note like an English paper. If even the deaths of young people won’t convince those like Higgins to shut up and listen, what will?