I always notice when anti-abortion advocates talk about how, when they were pregnant, they chose to keep the child, and look how much better things are!

They fail to see the irony in their statement. They had a choice, and they’re happy with their choice, and they want to persuade others to choose the same thing… but if their choice is to have an abortion? Then the government needs to step in and stop them. 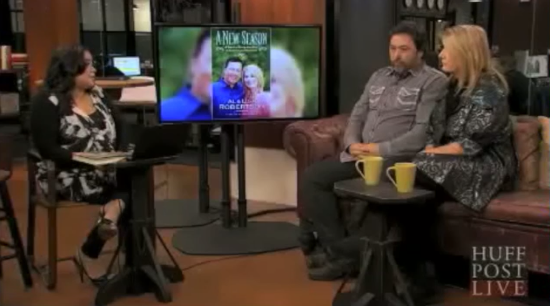 During the interview, Robertson talked about how she chose to have an abortion as a teenager and regrets it today. Redd, trying to make the same point I did above, asked her a simple question:

… at 16 years old, your life was dramatically changed by this abortion. I mean you were able to follow your dreams and reconnect with [now-husband] Al and marry him. When you look at that choice and that option, I mean, don’t you think that every woman should have that choice and that ability?

Robertson was clearly out of her depth here. She responded with how she regrets the decision (again), and that she may still have ended up with Al if she kept the child (who knows), and she doesn’t feel she made a good choice (her opinion).

None of those answered Redd’s question, so she tried again:

Right, so given it’s the choice that you felt you had at the time… one of the problems we’re having in America right now is people aren’t given the choice. Whether it’s a good choice or a bad choice, they’re not given the choice to have an abortion… You have had the choice. You get the chance to repent from it.

Robertson then went into an illogical hole:

“God is the only person that has a choice to take a life or to bring into the world a life, and so I don’t believe that I actually should have had that choice. As a Christian, I don’t think we should do that,” Robertson said.

She said she would respect other people’s beliefs on the matter, because in the end, everyone has to answer to God for their decisions.

“Now I’m not going to put my belief on you. If that’s the way you feel, then that’s your choice, and then you have to — you know in the end, you have to speak to God about that, and so will I,” Robertson said.

So she respects other people’s beliefs… but she doesn’t want anyone else to have a say in the matter. Which is it? You can’t have it both ways.

When the government has to ban other women from having abortions because you can’t convince them not to have one, then the problem is with your arguments, not the women who make different decisions.

Robertson said later in the interview that she was “pro-choice,” even though everything else she said went in the other direction. It didn’t help that Huffington Post took her out of context and ran a post with this headline:

Robertson later clarified on Facebook that she was flustered, didn’t mean to say she was pro-choice, and blamed Redd for asking those straight-forward questions:

I am fretful over the interview with HuffPostLive yesterday. I am pro-choice only when it’s Gods choice. I was so flustered over her questions & just wasn’t aware that she was trying to trap me. Call me naive.

That’s the dumbest thing you’ll hear all day. I’m all for people making their own decisions… as long as their decisions line up with my interpretation of Christianity!

Since she won’t say it outright, I’ll do it for her: She doesn’t trust other women to make their own decisions, so she wants to limit their options to a single one: They must keep the child no matter what.

Forget their situation, forget how it was conceived, forget the fact that not all women come to regret their decision. None of that matters to Robertson.

By the way, Redd wasn’t trying to “trap” her guest. Redd just wanted clarification on a point where Robertson was being deliberately confusing. In my opinion, Redd could’ve been more blunt with her questioning, but she was trying to be polite and sensitive and I get that.

Robertson should just say outright: “I am not pro-choice on this issue. My pro-life arguments aren’t very persuasive, so women should just be forced by law to keep their children no matter what.” And then she can attempt to defend that position all she wants.

I’m not forgiving Huffington Post for running an unfair headline, but Robertson’s inability to understand her own hypocrisy on this matter is what got her into trouble in the first place.

January 12, 2015 Are There Limits To Multiculturalism? Jerry Coyne, Ripping Into Apologist Reza Aslan, Says Absolutely
Browse Our Archives
What Are Your Thoughts?leave a comment