The Openly Secular campaign, which encourages non-religious people to say as much publicly, no matter what label they use, just got a nice boost from comedian Bill Maher: 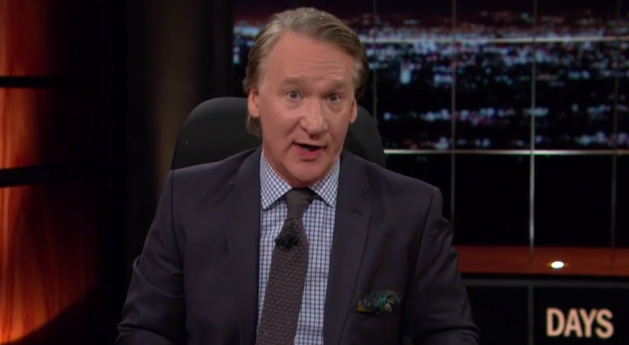 Hi! This is Bill Maher, and when I found out that there was a campaign going on with the name “Openly Secular,” I said, “Hey, sign me up! That’s for me! I’m Openly Secular!”

Now, it seems to me the most obvious decision a person could make in their life: Do I want to make real world policy decided on the basis of proven facts and the outer reaches of where humans have gotten to do [sic] in science, or do I want real world decisions made based on ancient myths, written by men who didn’t know what a germ or atom was, or where the sun went at night?

I pick Choice A. Science and facts. I want to do the smartest thing possible. Smart choices, I feel, have a greatest chance of resulting in me being happy. I like happy. That is my goal. [Audience laughs]

But not everybody feels this way. And that’s okay, too. But for the people who do see it that way, it’s really important that you say so.

So it’s important if you are a secular person to stand up and say, “It’s not okay to make decisions based on myths!”

Don’t let it look like, in America, that the most reasonable — not to mention correct — fact-based argument is really the weird one, the one held by a tiny minority of misguided eggheads.

No! Secularists are bigger than that! Way bigger! But you gotta show yourself. You might find you have more friends than you think.

Great message all around.

In response to the video, Openly Secular chair Todd Stiefel said this in a press release from the group:

“Beneath Bill Maher’s typical satire and cutting humor lies a deep and abiding dedication to reinforcing the importance of looking at our world through the lens of science and reason… On occasion his humor may offend some people, but he is part of a time-honored American tradition, in which it is the humorists who are willing to point out uncomfortable truths — even if it means ruffling some feathers.”

You can see some of the other videos from celebrities right here and here.

January 12, 2015
It's Time for Conservative Christians To Take Responsibility For Transphobia
Next Post