Was it Right for Atlanta’s Mayor to Fire the City’s Fire Chief Over His Anti-Gay Book? January 9, 2015 Hemant Mehta

Was it Right for Atlanta’s Mayor to Fire the City’s Fire Chief Over His Anti-Gay Book?

This week, Atlanta’s Fire Chief Kelvin Cochran was fired after a lot of controversy surrounding his self-published 2013 book Who Told You That You Were Naked?. It included these passages: 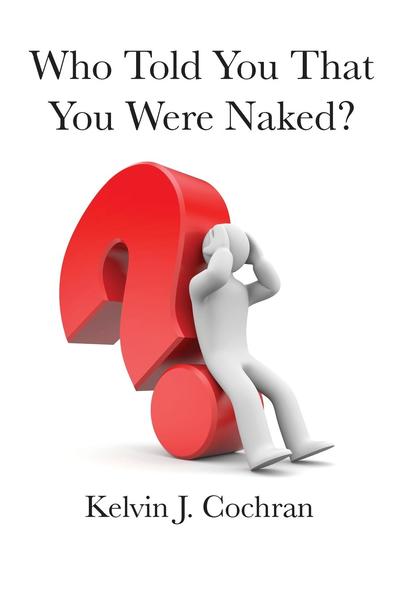 Of course, writing a book like that isn’t grounds for punishment unless you do something actually illegal like pushing it to your employees at work or promoting it not as a private citizen but as a public official.

And wouldn’t you know it…

In fact, the American Family Association even admitted as much in an action alert sent out earlier today:

Well, there you go. There’s your problem right there.

This is where the AFA did the responsible thing and said, “It wouldn’t be okay for an atheist boss to hand out a book promoting atheism to his employees, and it’s not okay for Cochran to do it with a Christian book, either.”

That’s how you know the AFA is incapable of telling the whole truth. The issue isn’t his stance on homosexuality. The issue isn’t that he wrote a book about it. The issue is that he promoted the book to his staff while in his position as Fire Chief.

Fox News contributor Erick Erickson took it even further, comparing what happened to Cochran with the Charlie Hebdo massacre:

… the terrorists decided they needed to publicly destroy and ruin the publisher in a way that would not only make that destruction a public spectacle, but do it so spectacularly that others would think twice before publishing or saying anything similar.

So when a publisher published something that mocked and offended a group prone to offense at such things, something had to happen.

The terrorists did what had to be done to publicly destroy and ruin the offender.

So they demanded the Mayor of Atlanta fire the Chief of the Fire Department for daring to write that his first duty was to “glory God” and that any sex outside of heterosexual marriage was a sin.

And the terrorists won in Atlanta.

That’s just disgusting. Erickson can’t be honest, so he ratchets up the fake controversy in his mind to 11.

The Christian Right is making a big deal about how liberals force them to “check their faith at the door,” but that’s not true either. The Mayor of Atlanta, Kasim Reed, is also a Christian, but he understands that public officials can’t be in the business of pushing their religious views on everyone else, especially when it involves disparaging the very people you’re supposed to be serving.

The only part that’s confusing is the official reason for Cochran’s termination:

… Reed did not list discrimination as cause for termination. He said Cochran violated the city’s code of conduct in releasing the book.

Reed and Cochran disagree about whether the city’s ethics officer approved the book before it was published.

The mayor said he decided to terminate Cochran not just because the fire chief didn’t consult him before publishing the book, but also spoke out about his suspension despite being told to remain quiet during the investigation into his leadership. What’s more, Reed said he believes Cochran opened up the city to the potential for litigation over future discrimination claims.

That’s where Reed doesn’t make sense. Releasing the book isn’t and shouldn’t be a problem, regardless of what he said in it. Unless there’s reason to believe he would do something like hesitate before putting out a fire in a gay couple’s home, I don’t know why he should be punished for what he said in the book. There are undoubtedly a number of conservative Christians employed by the state who believe exactly as Cochran does on this issue. Should they be fired, too? Is there reason to believe they’ll discriminate against gay people? What’s the difference between Cochran writing an anti-gay book and Christian pastors spreading pretty much the exact same ideas from the pulpit?

So, on that count, I can see why the Christian Right is frustrated here. They’re glossing over the real issue, in my mind, of Cochran proselytizing in the workplace, but they have a valid point about this Minority Report-like conviction of someone who, as far as we know, never actually treated gay people differently. They’re just getting rid of him before he’s accused of it in the future, and that opens the door to legal problems of a different kind.