Bill Maher: “There Are No Great Religions. They’re All Stupid and Dangerous” January 9, 2015 Hemant Mehta

Bill Maher: “There Are No Great Religions. They’re All Stupid and Dangerous”

On Jimmy Kimmel‘s show the other night, Bill Maher gave his first take on the Charlie Hebdo attacks, calling out liberals who tiptoe around the religious angle of this story: 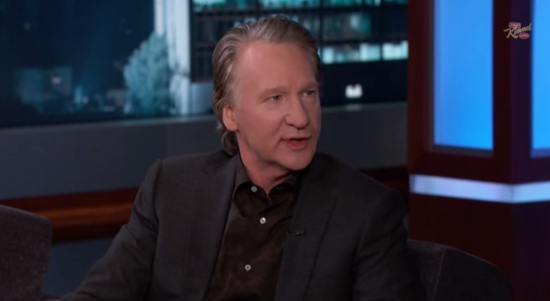 This has to stop, and unfortunately, a lot of the liberals, who are my tribe — I am a proud liberal… I’m asking them to turn toward the truth as I have been for quite a while. I’m the liberal in this debate… I’m for free speech. To be a liberal, you have to stand up for liberal principles. It’s not my fault that the part of the world that is most against liberal principles is the Muslim part of the world.

He went on to say no religion should be off-limits for criticism:

Maher’s not kidding, either, about how many millions of Muslims around the world applaud the terrorists’ actions.

I gotta say, Kimmel’s body language throughout that segment was of someone totally afraid of what Maher was going to say because he (Kimmel) didn’t want to hurt anyone’s feelings. Sure, Kimmel supports free speech, but he seemed extremely uncomfortable the entire time Maher talked about Islam. I don’t blame him. I understand the hesitation. But that’s exactly why we need people like Maher who aren’t afraid of tipping sacred cows or taking criticism from people who feel he shouldn’t be discussing these ideas.

The new season of Real Time begins tonight. Salman Rushdie is one of the guests. Ben Affleck is not.

January 9, 2015 More Voices, This Time From Liberals, Suggest That Charlie Hebdo More or Less Brought the Massacre On Itself
Browse Our Archives
What Are Your Thoughts?leave a comment