Open Doors USA, a non-profit group that tracks Christian persecution around the world (and helps Christians in need), released its annual World Watch List yesterday, highlighting the “50 countries where the persecution of Christians is most severe.”

Incredibly (to the surprise of Religion Right leaders, I’m sure), the United States didn’t make the cut: 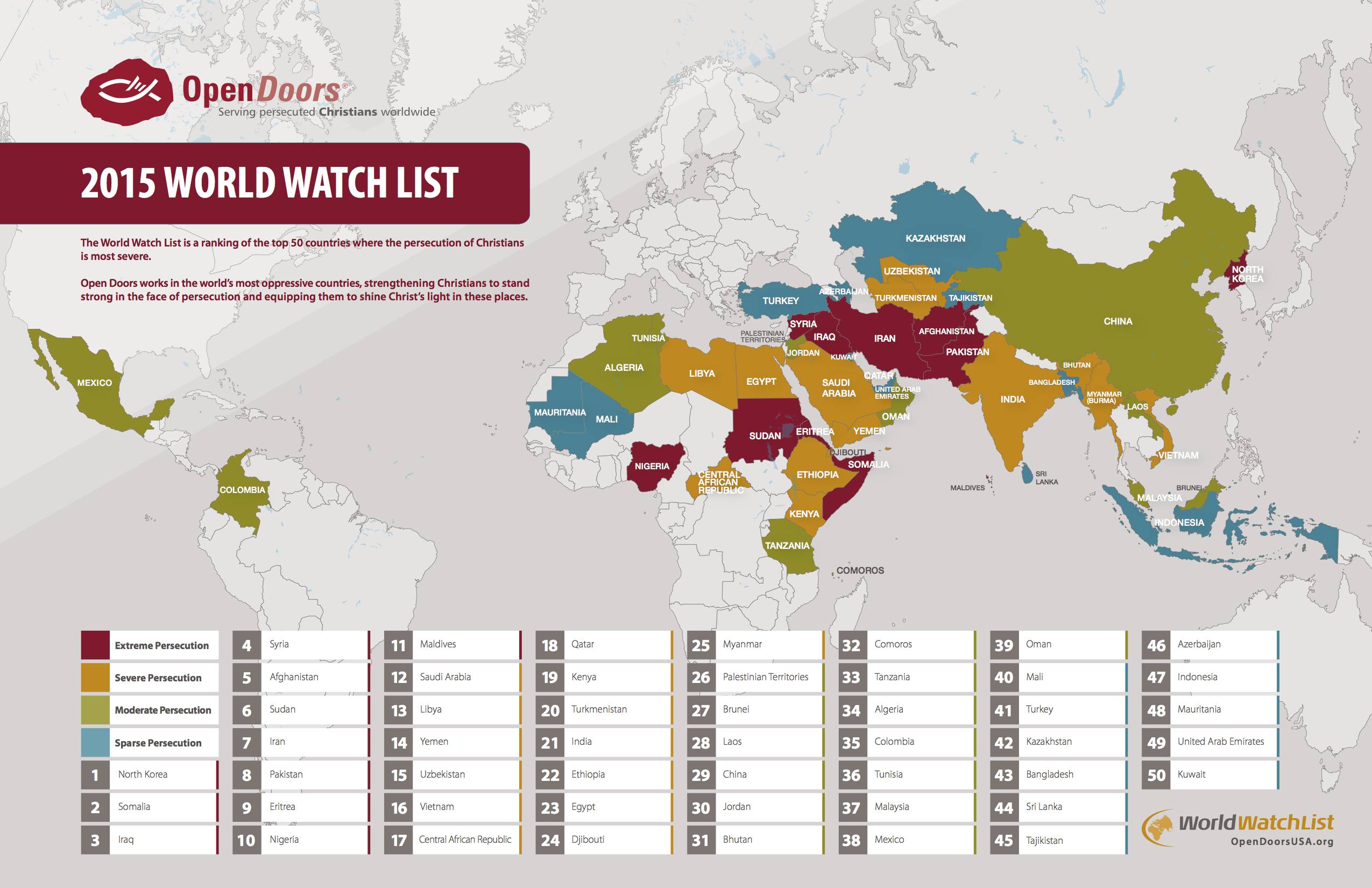 I don’t think the Open Doors people realize that American Christians have it really rough.

If you listen to right-wing demagogues, anyway, you’d think American evangelicals have it the worst. My sarcasm aside, Christians are doing just fine in the U.S. This is real persecution we’re talking about:

Christian persecution is any hostility experienced from the world as a result of one’s identification as a Christian. From verbal harassment to hostile feelings, attitudes and actions, Christians in areas with severe religious restrictions pay a heavy price for their faith. Beatings, physical torture, confinement, isolation, rape, severe punishment, imprisonment, slavery, discrimination in education and employment, and even death are just a few examples of the persecution they experience on a daily basis.

According to The Pew Research Center, over 75% of the world’s population lives in areas with severe religious restrictions (and many of these people are Christians). Also, according to the United States Department of State, Christians in more than 60 countries face persecution from their governments or surrounding neighbors simply because of their belief in Jesus Christ.

Like any other decent person, I condemn this (actual) persecution wholeheartedly. Christians should be allowed to practice their faith in peace and all of us should be horrified by the fact that they can’t. If (actual) religious freedom isn’t applied to everyone, it’s a problem for all of us.

January 8, 2015
Excessive Guilt in Children May Lead To Adult Depression and Other Mental Disorders, Researchers Say
Next Post