If you look through USA Today‘s “Year in Defense” publication, there’s a full-page ad supporting atheists in foxholes (on page 71), courtesy of the Freedom From Religion Foundation: 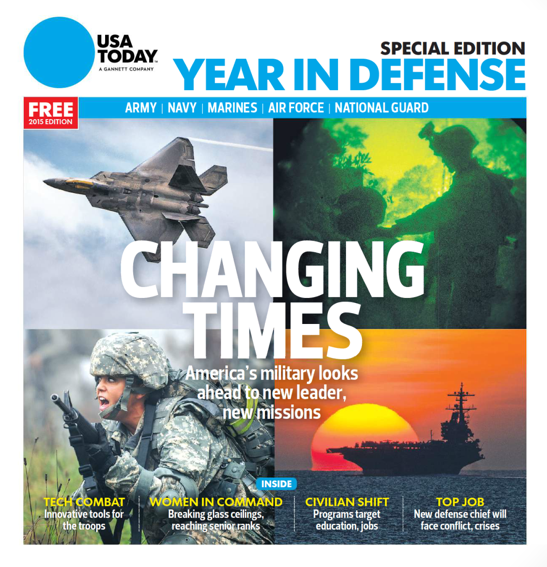 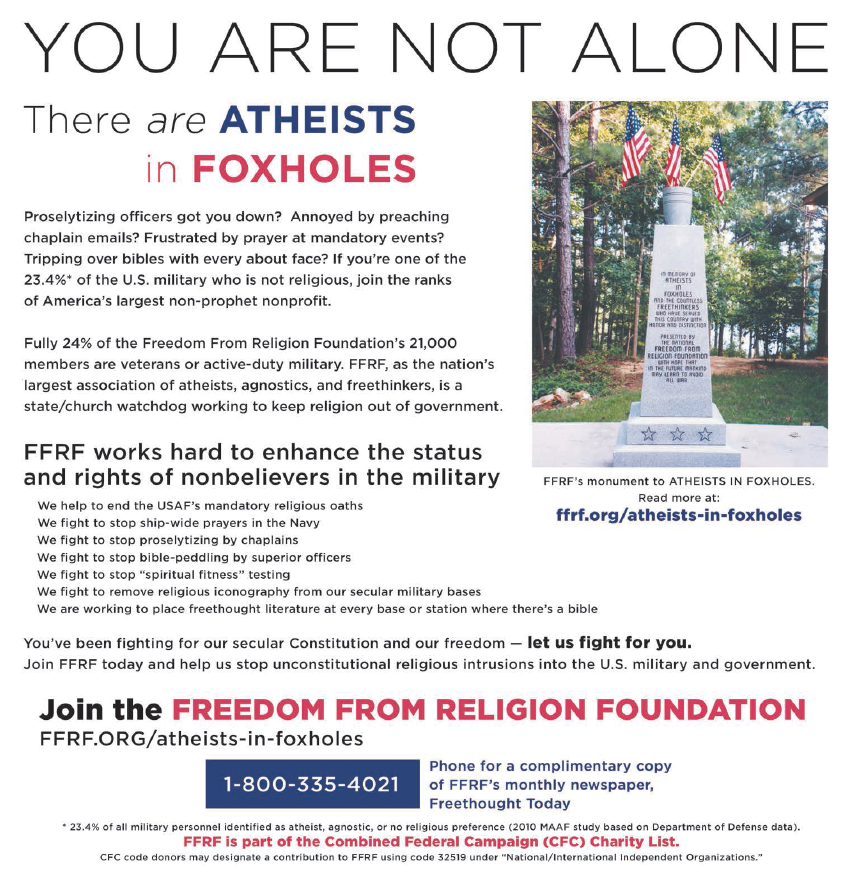 The ad notes that almost a quarter of the U.S. military is not religious.

Citing a list of egregious entanglements between the military and religion — such as USAF’s mandatory religious oaths, ship-wide prayers in the Navy, chaplain proselytizing, “bible-peddling” by officers, and “spiritual fitness” testing — FFRF concludes: “You’ve been fighting for our secular Constitution and our freedom — let us fight for you.”

The stand-alone publication was released at the very end of December and is being distributed throughout the various Department of Defense and military commands including military bases nationwide, AAFES, NEXCOM and DECA central and regional offices, etc.