I Don’t Think the Mayor of Winfield, Alabama is Happy With Me January 7, 2015 Hemant Mehta

I Don’t Think the Mayor of Winfield, Alabama is Happy With Me

The other day, I posted about a Godly resolution passed by the Winfield City Council (in Alabama) that was suggested and endorsed by Mayor Randy Price (below). The resolution declared Winfield a “City Under God” with God as the city’s “owner.” 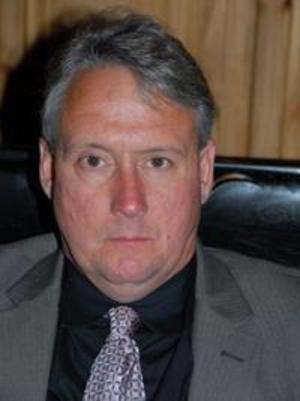 Well, Al.com reporter Kelly Kazek contacted Price after all of this blew up to get his take on it — and he seems shocked that there’s now backlash to what he thought was a great decision:

“It blew up on Facebook last night after the atheists got a hold of it,” he said in a telephone interview Tuesday. The response came after a blogger known as “The Friendly Atheist” wrote a response to the city’s resolution on patheos.com, using an incongruous mention of God: “I promise you God has better things to do than take over your city.”

Price, however, stands behind the resolution and said response had been positive until the Facebook posts began. The resolution was the city council’s way of taking a stand against the chaos and violence Price sees in today’s world, such as the recent riots in Ferguson, Mo., and shooting of police officers in New York, he said.

“I feel like we need to stand up for what is right,” he said. “Our forefathers said ‘One nation under God’ and we went so far away from that. There are not enough godly people involved in day-to-day decisions.“

Riiiiight. The problem with our politics is that there aren’t enough “godly people” involved in decision making. I mean, only 98.1% of the members of Congress have a religious affiliation that they declare openly — no wonder our government is so screwed up; there are too many atheists ruining everything! (What’s that? Not a single one? Oh.)

Unless Price means there aren’t enough Christians that he agrees with running the show — in which case he’s better suited to be a local pastor, certainly not a mayor representing everyone in Winfield.

January 7, 2015 Appeals Court Rules That Westhampton Beach Eruv Can Remain in Place, to the Delight of Orthodox Jews
Browse Our Archives
What Are Your Thoughts?leave a comment