For years now, Oregon pastor James Daniel Worley has published a blog on which he touts the message of Jesus Christ and counsels readers not to stray from the path of righteousness.

That would be the same James Daniel Worley who has just been charged with 37 crimes,

… including two counts of rape, 20 counts of sexual abuse, 11 counts of sodomy, one count of attempted sodomy and three counts of using a child in a display of sexually explicit conduct.

In the latter three counts, the documents state Worley “did unlawfully and knowingly induce (the victims) … to engage in sexually explicit conduct for a person to observe.”

And after all that, he still writes like a first-class jerk who can’t stop spreading his God-aggrandizing and self-pitying message. Consider:

Worley was booked into the Multnomah County Jail on Dec. 30, and on that day he posted a tweet that reads, “Stormy weather has arrived. About to find out two-things: who our real friends are and how our God glorifies himself. #Psalm35 #GlorytoGod.” 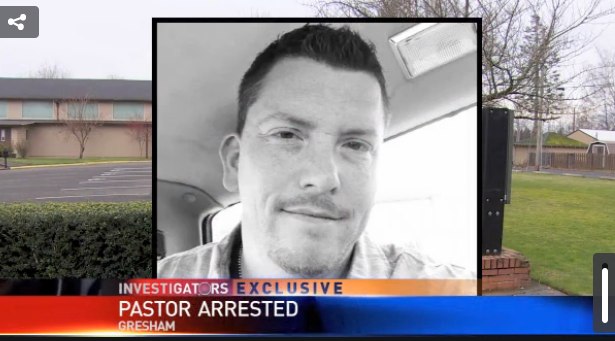 His blog, still live as of this writing, offers interesting nuggets of wisdom like this one:

Even before we learned what the good reverend has been up to in the child molestation department, I would’ve called that a repellent point of view, though not an uncommon one among Christians. Everything that you do in your life, everything that happens to you, is all fodder for the Christian conversion machine, making even evil deeds (which will be, praise Jesus, forgiven) tools for proselytizing.

From the “About” section on Worley’s blog, we learn that his favorite book is the Bible; and that his life’s mission is

… to spend my life seeking the lost and equipping the found, all for God’s glory.

If the charges against him are true, this monster is easily twice the hypocrite that other child-raping clergy are:

Worley used to be a police officer with the Tillamook Police Department. He worked at the department from Sept. 1, 2005 to November 3, 2006 but his badge was revoked in 2007 for ongoing misconduct.

Someone like that should make a perfect pastor, don’t you think?

One former member of Worley’s church is a woman who had this to say:

“It’s really devastating. Pastors are trusted individuals so why would you think to second-guess a person like that?”

No, ma’am. What’s devastating — mostly to kids who are brutally penetrated by priests’ and pastors’ saintly cocks — is the slavish conviction that so-called men of God are automatically “trusted individuals.” The people who harbor this delusion about any religious authority figures are almost as culpable in what is, by now, a full-blown clergy crime spree, as the perpetrators themselves.