Ireland will hold a nationwide referendum on same-sex marriage this May, and since that date was announced a couple of weeks ago, certain groups have been trying to change public opinion on the matter (more than 70% of the electorate currently supports marriage equality).

This is the image being passed around by one Christian group: 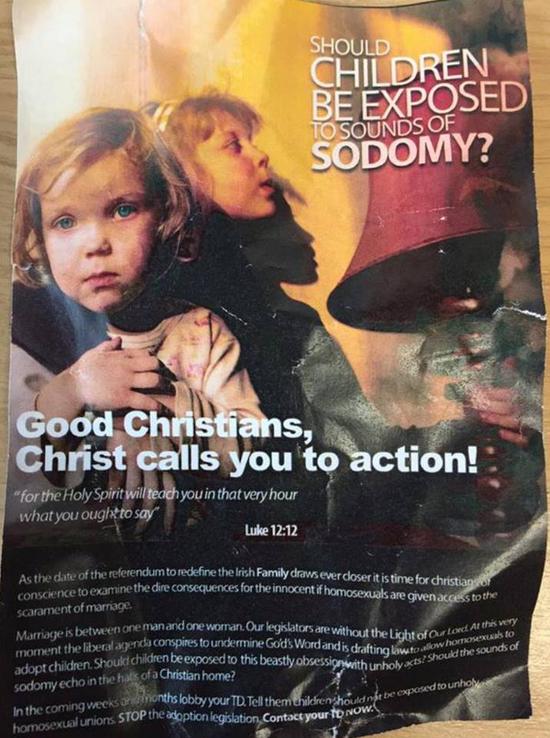 Of course, even if marriage equality is adopted, it’s not going to force children to do anything, including listening to whatever sounds the Christians fear (unless it’s two guys saying “I love you” to each other, which would probably send chills up their spines).

But it just goes to the point that conservative Christians, even in Ireland, never see gay marriage as a love-based union. For them, it’s always sexual. They just can’t stop thinking about gay sex. And because they’re obsessed, gay people have to be banned from having the same rights as them. #ChristianLogic

(Not that it matters, but they ignore the fact that straight couples also commit sodomy and not all gay couples do.)

It’s bigotry like this, though, that has pushed support for marriage equality well past the tipping point. When this is the best argument you have against civil rights — that children will have to listen to imaginary sounds that are scary only to you — it’s no wonder the public support for equality is overwhelming.