What Does Joel Osteen Have Against Facts? December 31, 2014 Hemant Mehta

What Does Joel Osteen Have Against Facts?

Pastor Joel Osteen, who loves tweeting inspirational word salads, would like to remind you not to let the facts get in the way of your fiction: 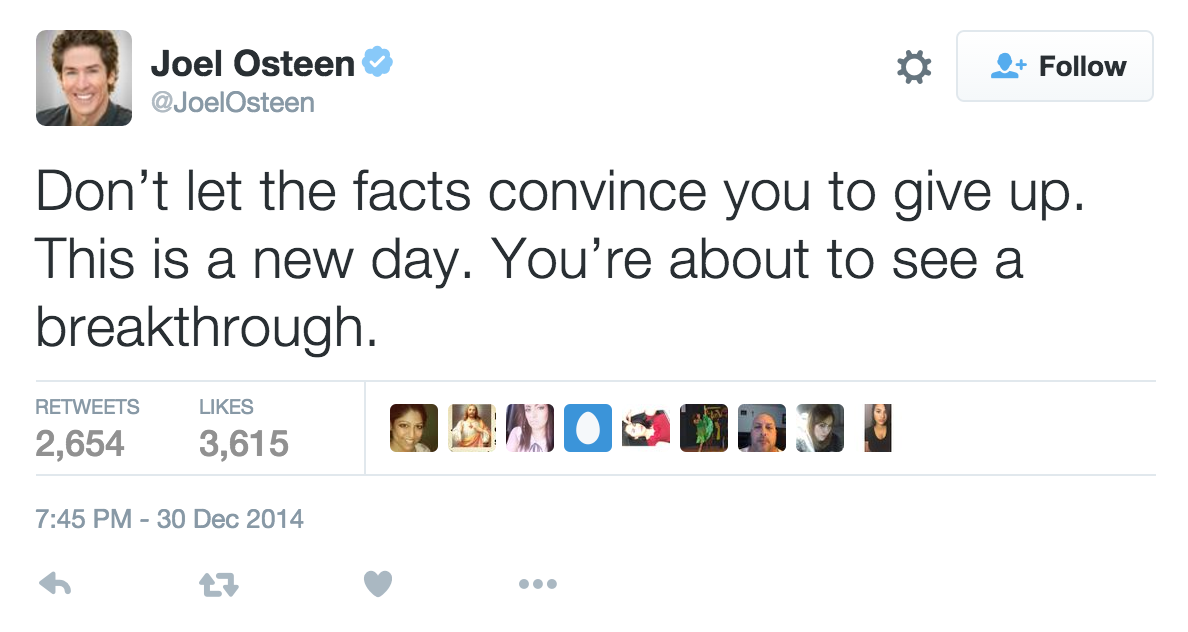 Sounds nice if you’re in a hospital where the doctor tells you the “fact” that you’re dying. (Though, if you survive, then your impending death wasn’t really a “fact” in the first place.)

Sounds horribly illogical in every other situation. If you’re trying to prove 2 + 2 = 5, or that evolution is a conspiracy, or that President Obama is a Kenyan Muslim, then there’s no breakthrough coming. Stop trying.

It’s not the first time Osteen has told people to ignore the facts because, in his mind, God overrides them. I guess it could be worse.

And if Osteen ever retires from preaching, he always has a backup job writing horoscopes.

December 31, 2014 Michelle Duggar, Reality TV Star Who Has Actively Fought Against LGBT Rights, Has a Lesbian Sister
Browse Our Archives
What Are Your Thoughts?leave a comment