Once Again, Ultra-Orthodox Jews Delay a Flight Because They Refuse to Sit Next to Women December 28, 2014 Hemant Mehta

Once Again, Ultra-Orthodox Jews Delay a Flight Because They Refuse to Sit Next to Women

Earlier this year, an El Al flight became an “11-Hour-Nightmare” after hundreds of male ultra-Orthodox Jews on the flight refused to sit next to any women. 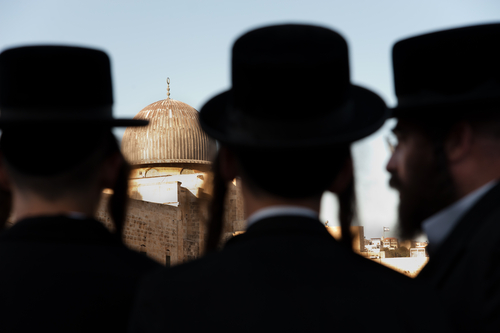 It happened again this week during a flight from New York to Tel Aviv, though it was thankfully only a 30-minute delay.

The flight crew of Delta Flight 468 departing John F. Kennedy Airport on December 20 attempted to find other seats for the haredi men. But other passengers refused to swap seats in protest at their refusal to sit next to female passengers, according to a Friday report by Israel Radio.

The men were finally accommodated by an American passenger who agreed to switch seats.

At this point, these guys need to just charter a private jet. There are reasonable accommodations people can make on a flight, but this isn’t one of them. If the Haredi men want to make sure they’re not sitting beside any women, then they should just buy up an entire block of seats for their group, not force the crew to rearrange the seating arrangements on account of their faith-based sexism.

December 28, 2014
High Schoolers in Massachusetts Want to Move Their Graduation Ceremony Off of Anti-Gay Gordon College's Campus
Next Post

December 28, 2014 Argentinian President Adopts Seventh Son of Jewish Family in Order to Counteract Werewolf Curse
Browse Our Archives
What Are Your Thoughts?leave a comment