In a Christmas Day opinion piece (behind a paywall) for The Wall Street Journal, Christian author Eric Metaxas explained that science proved God because of an argument that’s been debunked so many times over, you have to really work hard to pretend rebuttals don’t exist: 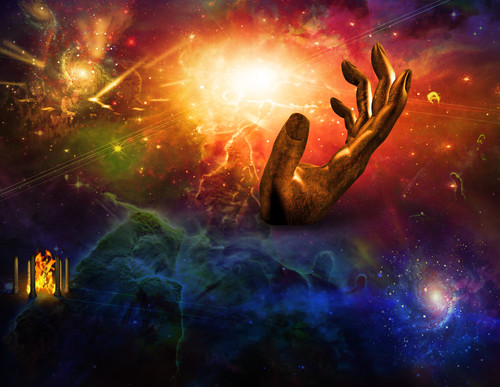 Today there are more than 200 known parameters necessary for a planet to support life—every single one of which must be perfectly met, or the whole thing falls apart. Without a massive planet like Jupiter nearby, whose gravity will draw away asteroids, a thousand times as many would hit Earth’s surface. The odds against life in the universe are simply astonishing.

Yet here we are, not only existing, but talking about existing. What can account for it?…

The fine-tuning argument: A fallacy so absurd that Victor Stenger wrote a nearly 350-page book refuting it.

The simplest response is that, regardless of the supposed odds, if they were really so unachievable, we wouldn’t be here contemplating the “miracle” of existence. It’s very easy to look back on our universe’s good fortune, just as you can look back on your own life and think of all the things, good and bad, that had to be timed just perfectly for everything to work out as it did. An accident that happened in a split-second that left you injured. That time you missed a train and ended up talking to a stranger that you ultimately married. Countless numbers of ancestors meeting and mating. Our lives are nothing but a string of coincidences put together. Each one seems incredible on its own and it’d be impossible to predict it all in advance, but you have to travel down some path. It only looks “miraculous” in hindsight.

December 27, 2014
Survey: Americans Are Just About Evenly Split On the Issue of Religious Displays On Government Property
Next Post

December 27, 2014 NBC Wonders Why Physicians Don't Rely More on the "Power of Prayer"
Browse Our Archives
What Are Your Thoughts?leave a comment