These Televangelists Were Called Out on Their Duplicity, but They’re Still Making Lots of Money Today December 26, 2014 Hemant Mehta

These Televangelists Were Called Out on Their Duplicity, but They’re Still Making Lots of Money Today

Slate just published a video about three televangelists — Peter Popoff, W.V. Grant, and Jim Bakker — who, despite being caught in their cons, are still making money from gullible Christians: 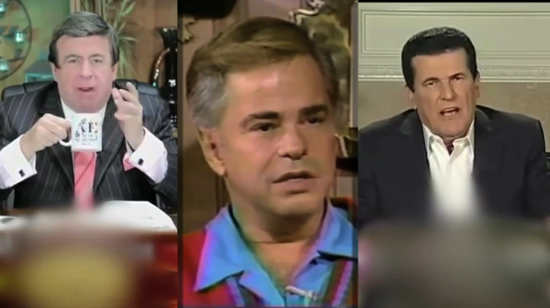 The worst part about these hucksters isn’t just that they’re taking people’s money; it’s that they’re giving their victims false hope that might actually damage their health in the process. They tell them, in some cases, to throw their canes on the stage or throw their medicine away because Jesus has cured them. It’s the sort of bullshit that becomes very believable to some when it’s tied to the Bible.

But they don’t care because their greed has long overtaken their goodness.