In a cover story for Newsweek, Kurt Eichenwald tells us something we’ve known for a long time: many Christians will distort the Bible to say whatever they want it to say. They project their personal beliefs onto the Bible, not draw those beliefs from it. They’re happy to take passages out of context when it suits their needs and ignore them when it doesn’t. 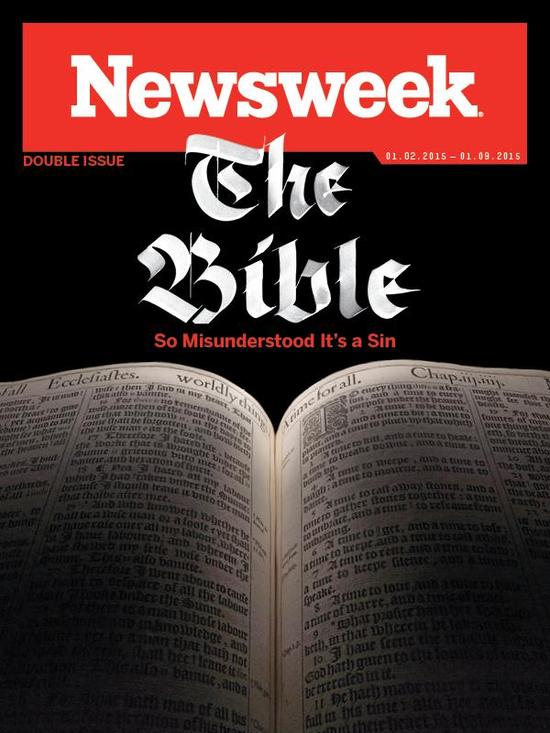 This is no longer a matter of personal or private faith. With politicians, social leaders and even some clergy invoking a book they seem to have never read and whose phrases they don’t understand, America is being besieged by Biblical illiteracy. Climate change is said to be impossible because of promises God made to Noah; Mosaic law from the Old Testament directs American government; creationism should be taught in schools; helping Syrians resist chemical weapons attacks is a sign of the end times — all of these arguments have been advanced by modern evangelical politicians and their brethren, yet none of them are supported in the Scriptures as they were originally written.

There may be an argument to be made that the fundamentalists whom Eichenwald believes are twisting the Bible are actually the ones taking it most seriously. But I think the larger point to remember is that for every Christian who claims to know the Bible, there’s another Christian who knows that person is wrong. For that reason, it’s hardly a book from which we should be deriving our morals or laws or policy ideas.

There are many of you reading this who are much more knowledgeable about biblical history than I am, and you can offer more insight regarding whether or not Eichenwald’s examples of “misunderstandings” are accurate. Please enlighten us in the comments.

December 26, 2014
These Televangelists Were Called Out on Their Duplicity, but They're Still Making Lots of Money Today
Next Post

December 26, 2014 This Guy Had a Meltdown and Got Booted from a Flight Because He Couldn't Handle Being Told "Merry Christmas"
Browse Our Archives
What Are Your Thoughts?leave a comment