Sikh religious authorities in India have asked the Punjab government to ban the wild new action film Messenger of God, because it stars Gurmeet Singh Ram Rahim, the leader of a blasphemous (to Sikhs) sect called the Dera Sachcha Sauda.

The controversial leader of the Dera Sachcha Sauda sect, Gurmeet Singh Ram Rahim, has starred in a film that some Sikh bodies say should be banned as it could cause trouble in Punjab.

Under pressure from radical Sikh groups, the Akal Takht, the supreme temporal body of Sikhs, has asked the Punjab government to ban “MSG” or “Messenger of God”, which is set to release on January 16. The movie stars the Dera chief in the lead role and shows him as a swashbuckling hero fighting “social evils,” in flashy costumes.

The theatrical trailer on YouTube is bizarre and very much worth watching: 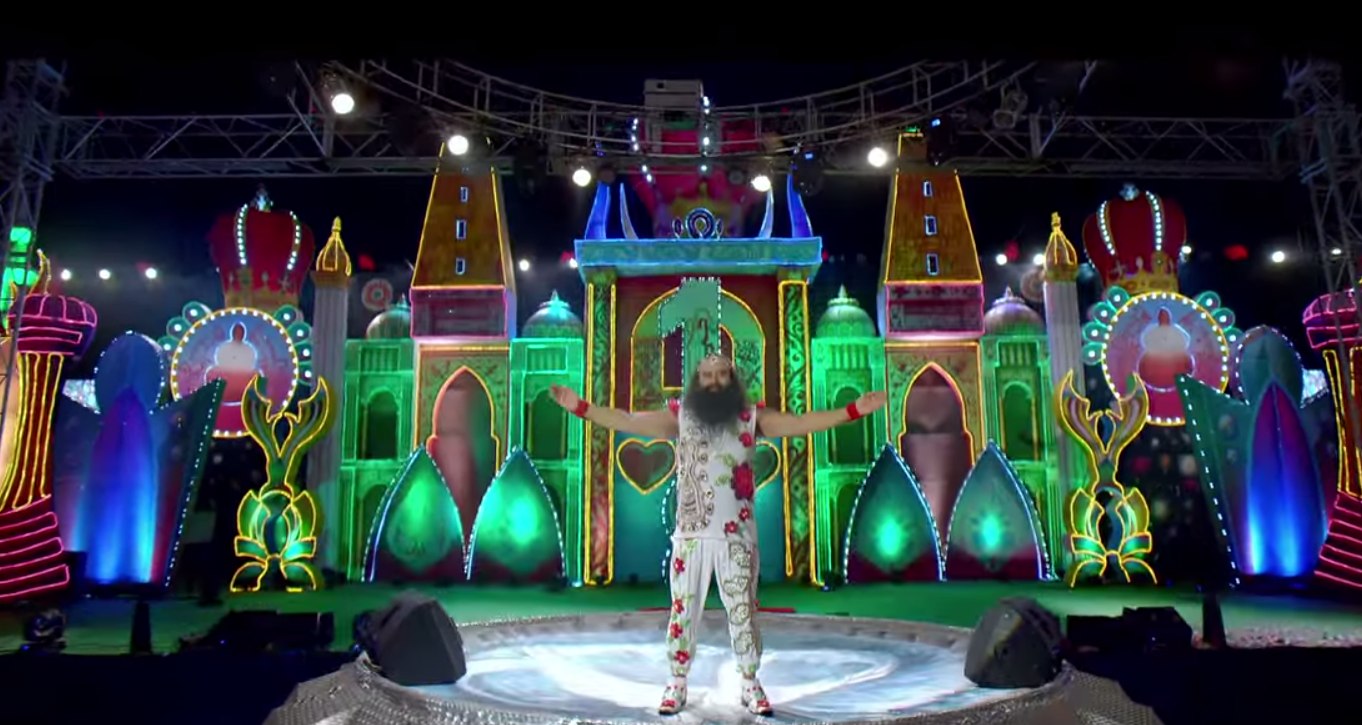 Why are Sikhs upset?

Sikh bodies have expressed concern that the Baba’s dialogues in the film are provocative and appear to challenge Sikhs. … There have been frequent clashes between Sikhs and Dera followers since 2007, when Gurmeet Singh was accused of dressing up like Guru Gobind Singh, the 10th Sikh guru.

But Gurmeet Singh has bigger troubles brewing that have nothing to do with the movie. Although the Dera sect’s Wikipedia entry seems to have been heavily edited by his acolytes to reflect an organization of “secular” do-gooders whose mission is “to see the world as one, and believe in the same ONE God” (not a very secular goal!), disturbing new allegations paint Gurmeet Singh as a crazed god-man who demands to have his male followers castrated.

According to the Times of India,

400 Sadhus of Dera were allegedly castrated inside the Dera with the false hope that the males would be able to achieve God.

Just today, a higher court instructed India’s Central Bureau of Investigation to open a criminal probe into the sexual-mutilation accusations.

Gurmeet Singh Ram Rahim is also facing trial in the 2007 rape of two female followers (evidence that he’s not a eunuch himself, assigning that fate exclusively to others); and in a separate case involving the murder of two people, including a journalist.