French Driver on a Rampage, Shouting “Allahu Akbar,” Injures 11 As He Plows His Car Into Five Different Crowds

Playing Carmageddon for Allah. From the Daily News:

A man who reportedly spent time in a psychiatric hospital shouted “Allahu akbar!” as he rammed his car into crowds at five different locations around Dijon in central France on Sunday, injuring 11 people in a half-hour rampage.

At least two people were critically injured in the attack by a 40-year-old man behind the wheel of a Renault Clio, who witnesses said was acting for the “children of Palestine” and yelled “God is great,” police said. 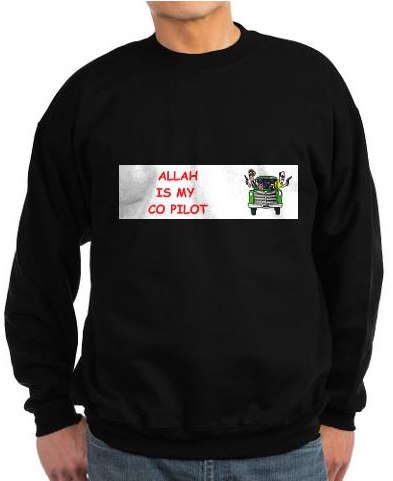 The incident comes one day after French police gunned down a knife-wielding assailant who allegedly attacked officers while shouting “God is great” in Arabic. The man had injured three officers — two seriously — at a police station in Tours, France. Counter-terrorist police are investigating the Tours attack amid general concern after several threats by Islamic extremist groups calling for attacks against France.

The government said the driver’s motives Sunday were unclear, but the man had run-ins with police dating to the 1990s and was “apparently imbalanced” having spent time in a psychiatric hospital.

With roughly six million Muslims, France has the largest Islamic population of any European country. Here‘s a summary of the handiwork of some of the radicals in their midst. “Anti-Muslim acts” appear to be on the rise, too, though they are typically on the order of graffiti sprayed on mosques or nasty comments made to headscarf-wearers, and are far less likely to involve violence.

December 22, 2014
Ken Ham is Angry That the Creation Museum Was Used as a Punchline on Saturday Night Live
Next Post