The Daily Beast has the most detailed account yet of the gay gropefest attempted recently by the wonderfully named pastor Gaylard Williams of Praise Cathedral Church in Seymour, Indiana.

Williams drove over to Cypress Lake, which attracts local fisherman trying to pull channel catfish and largemouth bass out of the drink.

If the allegations are true, he was looking for a largemouth of a different kind.

[He] began propositioning a younger man by the waterfront who was talking on his mobile phone, according to a police report. The younger man rolled down his window to receive the approaching Williams “to see what he wanted.” [T]he pastor allegedly “reached in and grabbed him.” …  Quizzed by cops, the younger man said Williams grabbed “everything” and “squeezed [his genitals] and he got a good handful.”

“I don’t swing that way,” the shocked recipient of Williams’ attention says he told the pastor. 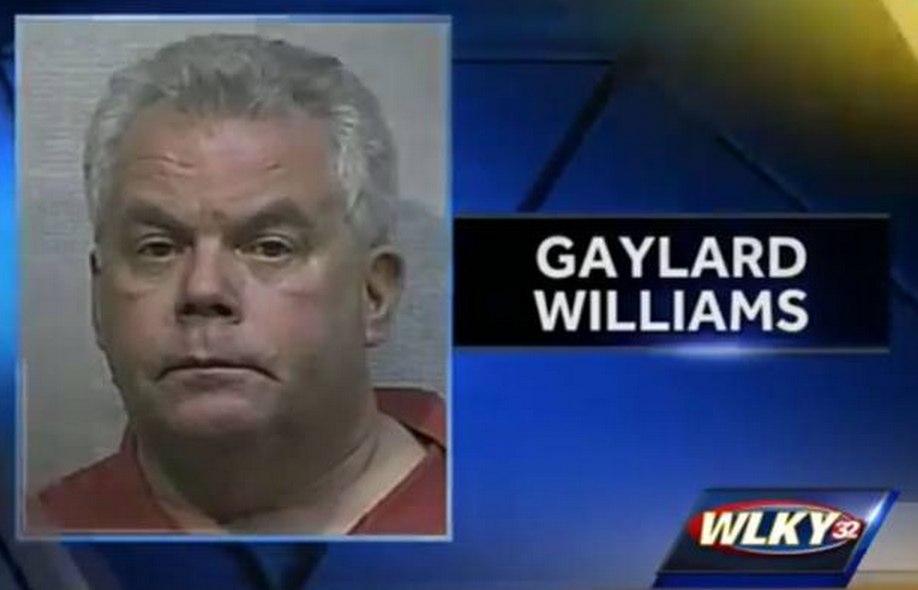 Locals cops detained Williams after his victim called in the assault. They got permission to search the holy man’s car, finding nothing more incriminating than a gay-porn DVD. Williams blurted that it wasn’t his and he was just messengering it for a friend.

He said the video was “a promotional thing” that he received in the mail at his church office.

But wait, it gets better!

The investigators asked Williams if he’d ever committed sexual battery, and the pastor mistook the question to be about whether he’d been with a man sexually. In turn, he told the sheriff he had experimented with gay sex in college.

He denies groping the younger man by the lakeshore, saying he only touched him on the shoulder.

In public, as you might suspect, Williams is very much aghast at teh gay.

The pastor declared publicly in the past that intimacy among same-sex couples was wicked. “He stood by the pulpit and said, ‘The Bible is clear on that. That’s sin; you’re going to go to hell for doing that,'”

The church’s website has a few choice words about sin, too:

“We are to walk in the Spirit and not fulfill the lust of the flesh. … Sinful practices which are made prominent and condemned in these scriptures include homosexuality and adultery” and “are forbidden by God and lead to the worship of Satan.”

Pastor Williams is married, so if he’s guilty of the charge, he’s got both homosexuality and adultery covered.

His church says it’s due an explanation from their ex-shepherd. Yes, ex. The elders have decided they will welcome him back as a regular congregant, but won’t allow him in the pulpit anymore.

December 22, 2014
French Driver on a Rampage, Shouting "Allahu Akbar," Injures 11 As He Plows His Car Into Five Different Crowds
Next Post