If this situation were permanent, the average Dish subscriber’s IQ could well jump by 50 points.

Dish Network subscribers were unable to watch Fox News Channel and the Fox Business Network on Sunday when the channels were taken down as part of contract negotiations. 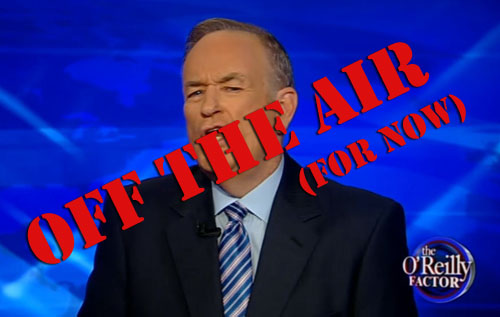 The Fox blackout is just the latest skirmish as cable and satellite TV providers fight with networks over subscription fees. Dish Network just settled disputes that led to the temporary blackout of some local CBS stations and a separate blackout related to Turner Broadcasting channels — including Cartoon Network, CNN, Boomerang and Turner Classic Movies.

Fox is urging viewers with emails and tweets to switch to another TV provider. Dish has more than 14 million satellite TV customers.

That’s 14 million Americans who, at this critical time, will be bereft of Bill O’Reilly‘s angry salvos against the “War On Christmas.” Oh, the humanity!

December 21, 2014
I Don't Think These Atheists Understand the Whole "War on Christmas" Thing
Next Post