A Day After the Nebraska State Capitol Gets a Nativity Scene, an Atheist Sign Becomes Its Neighbor… Temporarily December 19, 2014 Hemant Mehta

A Day After the Nebraska State Capitol Gets a Nativity Scene, an Atheist Sign Becomes Its Neighbor… Temporarily

Late last night, I heard that the Nebraska State Capitol building was home to a Nativity scene: 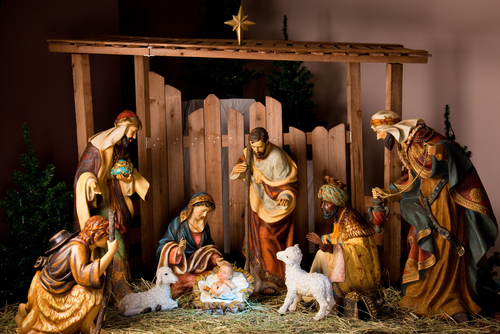 The small display, a cedar manger about 6 feet across and 4 feet high, was made possible by a Catholic-associated attorneys association that is seeking to place Nativity scenes in state capitols and other public places across the country.

“We want to celebrate the true meaning of Christmas,” said Omaha attorney Christine Delgado, who heads the Omaha branch of the Thomas More Society.

Nebraska State Capitol Administrator Bob Ripley said Thursday that he has not fielded any requests for competing displays, but he added that some people have asked if other religions could erect displays.

Great! Because atheists know how to play this game by now. And wouldn’t you know it, just hours later, Scott Braley, a member of the Freedom from Religion Foundation, had put up an atheist sign: 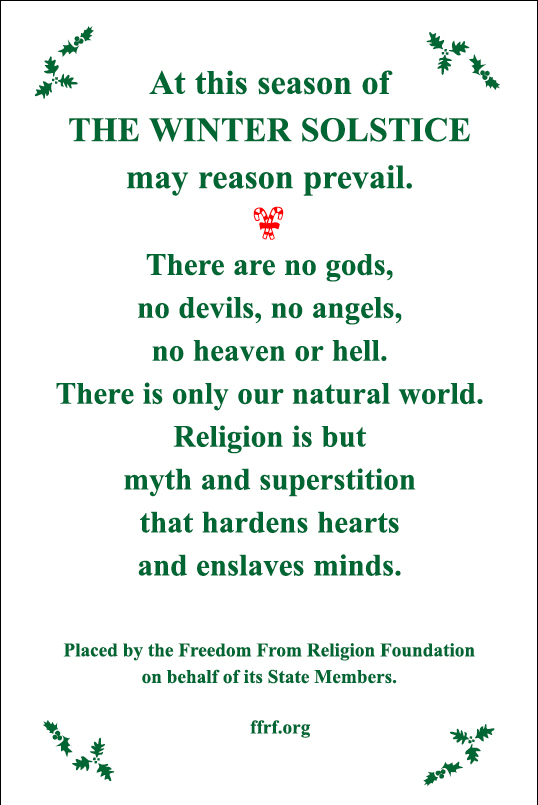 The best part is that he got a stamp of approval from the highest-ranking elected atheist in the country:

State Sen. Ernie Chambers of Omaha, an atheist, came to view the atheist sign and proclaimed, “This is as much his building as the Catholics.”

“Thumbs up on this,” Chambers said, pointing to the atheist sign, “and thumbs down on that.”

There’s just one problem. Braley didn’t go through the necessary motions to get a display up. He literally went to the Capitol with a sign and stand and put it up himself.

State Capitol security was checking out Braley’s sign to see whether it should be removed, but Braley himself packed up his pedestal and sign by 1 p.m. and left.

I wish he had gone through the formal process, but who knows how long that will take at this point. Still, Nebraska officials are getting a taste of the spectacle they’re inviting if they allow an open forum for holiday displays. They’re better off just saying no to everybody.

December 19, 2014
“Jesus is the Reason for the Season,” Baptist City Council Member Reminds Jews at Menorah-Lighting Ceremony
Next Post