There Are Now Displays Honoring Game of Thrones in the Wisconsin Capitol Building December 17, 2014 Hemant Mehta

The Atheists, Humanists, & Agnostics at the University of Wisconsin-Madison discovered something incredible when it came to putting up a display in the State Capitol: “Practically anyone can put anything they want in the Capitol.” All you had to do was fill out an application.

So they did. For three fictional groups, including two honoring gods from Game of Thrones: 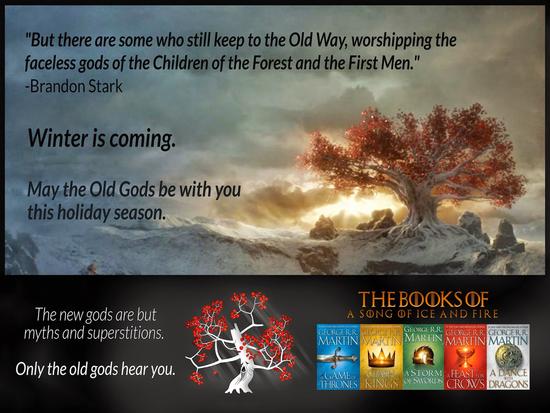 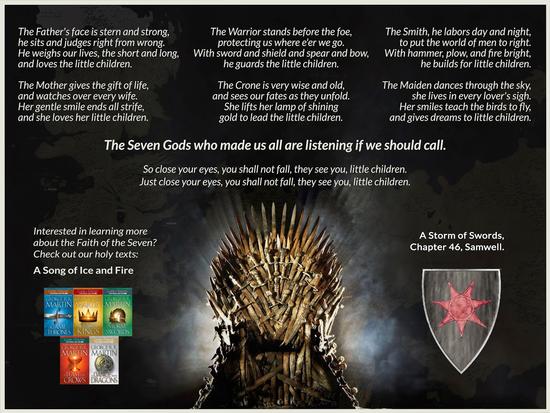 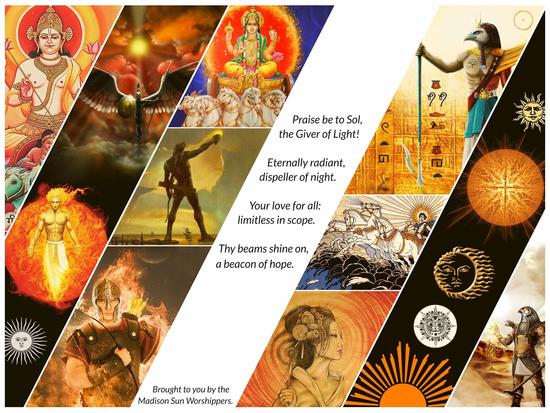 The intention of these displays is to advocate for the separation of Church and State, and to draw attention to the ridiculous public forum system in the Wisconsin State Capitol which allows nativity scenes and other religious displays to enter the halls of government. We would prefer that our Capitol remain secular and free from divisive religious intrusion, but when the State creates an open forum, everything is permitted. Hopefully the the silly nature of these displays will make people think about whether the Capitol is an appropriate place for promoting personal religious views.

The atheists added that six of their other display requests were denied, including one honoring the Flying Spaghetti Monster. Which makes you wonder how open this “public forum” really is.

Still, you have to appreciate that sign right next to the Nativity… 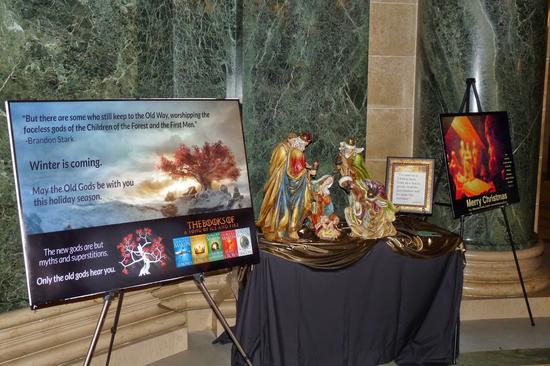 December 17, 2014
In Texas, Candidate Deemed Ineligible to Run by Opponent Due to His Alleged Atheism Easily Wins Runoff Election
Next Post

December 17, 2014 1858 Scandal of Jewish Boy Kidnapped Under Pope Pius IX Will Become a Spielberg Film
Browse Our Archives
What Are Your Thoughts?leave a comment