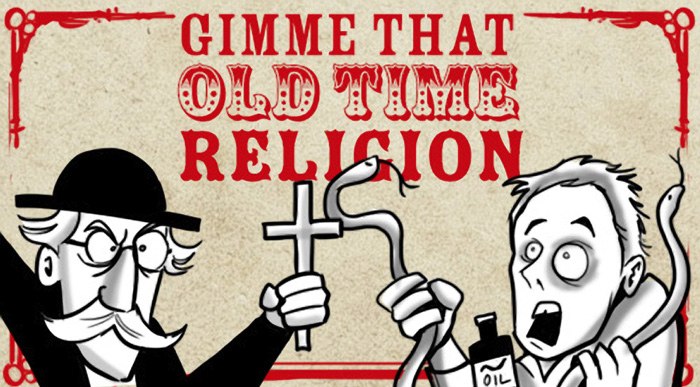 A new movie project by producer Steven Spielberg and screenwriter Tony Kushner will thrust the story of a 19th-century religious kidnapping back into the limelight. The bizarre 1858 event first garnered the attention of an international audience in the months and years after it happened. The scandal has since been the subject of a book, a painting, several plays, and an opera.

It’s easy to see why. The story involves Pope Pius IX — who was, according to some, the de facto kidnapper — as well as Napoleon III of France and Emperor Franz Joseph I of Austria, who advocated on behalf of the stolen boy’s family.

Here are the facts of the case.

In 1852, an infant named Edgardo Levi Mortara, born the previous year into a Jewish family in Bologna in the Papal States, fell seriously ill. The Mortaras’ Catholic servant girl, fearing for his life and his immortal soul, took it upon herself to secretly administer an emergency baptism. Edgardo got better, and continued to be raised as a Jew until he was six years old.

Then someone high up in the hierarchy of the Catholic Church got wind of the boy’s baptism, and decided that, since Edgardo was to be regarded as a Catholic under canon law, he could not be allowed to grow up in a Jewish household.

And so the fateful order was issued that Edgardo Mortaro be removed from the care of his family. On June 23, 1858, police officers of the Papal States took him, despite the pleas of his parents and siblings, and brought him to Rome where he would become a ward of the state. Materially, he was well taken care of. A 1997 book by David Kertzer, The Kidnapping of Edgardo Mortara, says that Pius IX not only took a personal interest in the case; the pope helped raise Edgardo.

Through it all, the emotional protestations of the boy’s parents went nowhere. Church authorities told them that their son would only be returned if they converted to Catholicism, an offer they refused.

The Mortaras — especially the boy’s mother, Marianna — were in life-long pain over the cruel kidnapping. It couldn’t have helped their state of mind that Edgardo, later in life, fully rejected his erstwhile Jewish faith, becoming an ordained priest in 1873. He then made a religious career out of trying to convert Jews.

Many Catholics were unsympathetic to the family’s plight:

To defenders of the Church, the Mortaras were partially to blame for their predicament because they had violated a law forbidding Christian servants to work in Jewish homes. Though these apologists disapproved of baptism without parental consent, once it was performed there was no undoing its sacramental powers.

Broad swaths of the non-Catholic public, however, were moved by what the boy and his family had endured. The case was so heartbreaking — and so outrageous on its face — that the Mortaras received volumes of popular and political support. Napoleon III, Emperor Franz Joseph I, and even the editorial board of the New York Times took up their cause.

The Catholic Church ignored the international brouhaha as best it could. Pius IX vacillated between sourness and defiant glee:

When a delegation of prominent Jews saw the Pope in 1859, he told them, “I couldn’t care less what the world thinks.”… In a speech in 1871 defending his decision against his detractors, Pius said: “Of these dogs, there are too many of them at present in Rome, and we hear them howling in the streets, and they are disturbing us in all places.”

A century later, the Jesuit Giacomo Martina, a prominent biographer of Pius IX, criticized “the profound zeal of Pius IX [and] his firmness in carrying out what he perceived to be his duty at the cost of losing personal popularity.” Martina added that the pope viewed his critics as “unbelievers… [operating] a war machine against the church.”

To make the Mortara kidnapping even more disturbing, some sources have charged that there was, to put it mildly, improper contact between the pontiff and the young boy. They said that

… Pius IX had allegedly “abused” Mortara, based on accounts of Edgardo hiding under the cassock of Pius IX.

Presumably, the truth of this accusation will never be known. It may have just been a nasty smear for political gain; but it neatly foreshadowed the child-sex-abuse scandal that would engulf the Catholic Church late in the twentieth century.

What happened to the two men who are central to this story?

In 1881, three years after Pius IX’s death, his body was solemnly transported to its final resting place. The procession didn’t pass without incident.

A group of anti-Catholic nationalists, screaming “Long live Italy! Death to the pope! Death to the priests!,” tried to steal the body of the pope and throw it into the Tiber River.

I like to imagine that Edgardo Mortara’s parents were with the protesters at least in spirit.

Mortara himself — who, in honor of the pope, went by “Pio,” having rejected “Levi” — died in 1940 in an abbey near Liège, Belgium. The Times of Israel notes that he slipped his earthly bonds

… only a few weeks before his life would have been put in danger by the invasion of the Nazis, who did not consider conversion to Christianity a sufficient reason to spare a Jew.

(This is another installment of “That Old Time Religion,” an infrequent Friendly Atheist series that looks at history’s God-besotted wackjobs, zealots, and mountebanks. If you have a topic you’d like me to cover, please leave your suggestion in the comments, preceded by #TOTR.)

December 17, 2014
There Are Now Displays Honoring Game of Thrones in the Wisconsin Capitol Building
Next Post

December 17, 2014 Pastafarian Driver's License Issued in Tennessee
Browse Our Archives
What Are Your Thoughts?leave a comment