Lamar Advertising Rejected a Harmless Atheist Billboard, but They Allowed This Christian One? December 15, 2014 Hemant Mehta

Lamar Advertising Rejected a Harmless Atheist Billboard, but They Allowed This Christian One?

In 2009, the Freedom From Religion Foundation wanted to put up this billboard in Alabama:

At the time, Lamar Advertising rejected the ad, with the local general manager saying this:

“It was offensive to me,” said Tom Traylor, general manager of Lamar Advertising in Birmingham. “We have the autonomy to decide what’s in the best interests of our company and what’s offensive. I don’t think it was the kind of message we wanted to stand behind.

“You have to know what area of the country you’re in,” he said. “A heavy percent of our population is Christian. That’s who we cater to.”

That’s offensive? A hypothetical that doesn’t even directly slam religion? Seems like a pretty low bar for someone who runs an advertising company…

But I guess you do have to know your audience, since, last week, this billboard went up through Lamar Advertising in Richmond, Virginia: 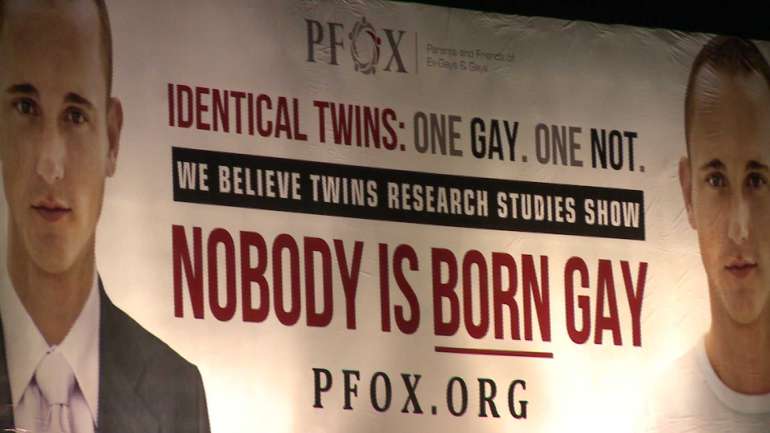 Jamie Machut, vice president of Lamar of Richmond, said that the ads are scheduled to stay up until early January.

“We support the First Amendment right of advertisers. Please keep in mind that the advertisement is a message from PFOX and not Lamar Advertising Company,” Machut said in a statement.

Yes, these are local decisions, so it’s not necessarily as hypocritical as a certain meme makes it out to be: 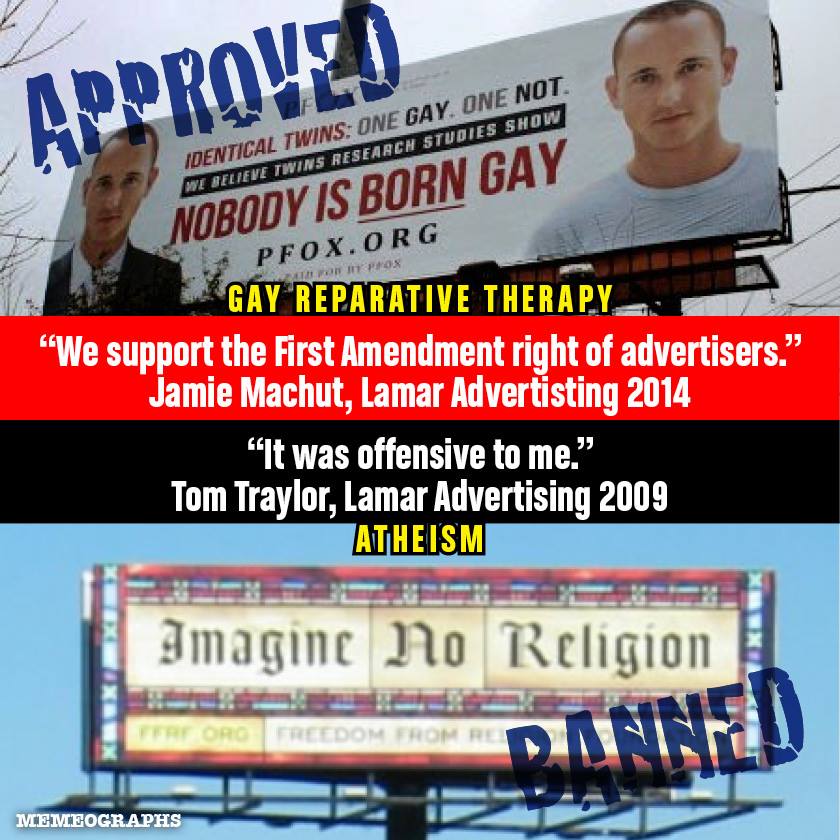 But still. There’s something messed up within a company when anti-gay bigotry is permissible in some parts of the country but a harmless pro-atheist slogan can be rejected in another. Surely they could issue a directive from above to clear up what is and isn’t allowed so that billboards can’t just be rejected at the whim of local managers.

December 15, 2014
Principal, After Being Told Students Can Sit During the Pledge, Tells Employee to "Say It Loud, Make Them Mad”
Next Post

December 15, 2014 No, Dutch Bankers Don't Have to Swear an Oath to God
"Does this mean that Trump will eventually win office and the rest of the planet ..."
J.P. Bunny Preacher: Trump Will Still Win! We ..."
"What I find quite shocking about the attack on January 6 is that we don't ..."
Danny De Jayeff Christian Terrorist in Capitol Siege Said ..."
"self-proclaimed Christian “prophetess” Kat Kerr has been making baseless claimsI believe you misspelled "profitous"."
RichardSRussell Christian Who Spread “Prophecies” About Trump’s ..."
"Or canyonized..."
starskeptic Catholic Bishops Condemn Pro-Choice Joe Biden ..."
Browse Our Archives
What Are Your Thoughts?leave a comment