I Know the Bible Says “Thou Shalt Not Kill” But…

Here’s everything you need to know about bigoted Pastor Steven Anderson‘s recent interview with a local NBC affiliate regarding his comments about how killing gay people would solve the AIDS crisis:

At one point, there’s this exchange:

Reporter: Is “Thou shalt not kill” one of the Commandments?

Anderson: Yes it is, but… 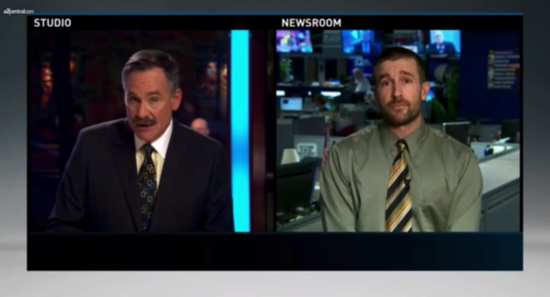 I love how Anderson reads the line from Leviticus so definitively… and yet, when the host asks him about one of the Commandments, he explains that there’s more to it than just what’s written on the page. No kidding.

By the way, he’s holding his Bible during the entire interview, a reminder that all these awful beliefs come right out of the Good Book. It’s not that other Christians interpret it the same way, but that the Bible is hardly a go-to text for moral guidance when those who want to can so easily cherry-pick out lines like this one.