Pastor Steven Anderson Lied to a Holocaust Survivor and Duped Him Into Appearing in an Anti-Semitic Film December 13, 2014 Hemant Mehta

Pastor Steven Anderson, when he’s not explaining why gay people need to be executed, is working on a film called Marching to Zion, which is all about how Jews aren’t God’s “chosen people” (because Christians are) and how the “modern-day nation of Israel… is a complete fraud.”

And to prove his point, he spoke with four Jewish rabbis who supposedly make his points for him!

One of those rabbis says he was duped into participating in the film and is now threatening legal action. 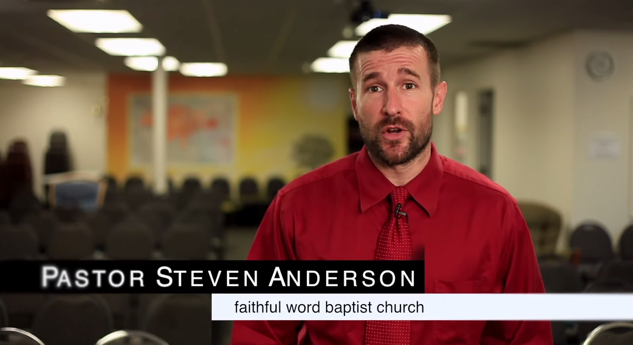 Earlier this year, Rabbi Leo Abrami, a Holocaust survivor who has served at Reform and Conservative synagogues throughout his decades-long career, was contacted by a man who said that he was making a documentary explaining some aspects of the Jewish faith. He offered to come to Abrami’s home in Sun City West and arrived with a cameraman. His visitor turned out to be Anderson, although Anderson identified himself as “an interested layperson” who was curious about Judaism, Abrami said. “I made the mistake of not Googling him before he came.”

“The subterfuge that he used to get these interviews from us is beyond belief,” said Wiener, who noted that the man mentioned a PBS documentary. “When he used the words PBS to me, it sounded legitimate and I didn’t pursue it any further,” he said.

“The pastor misrepresented himself,” he said. “He was lying to me all along. … I’m not letting it go, whenever I can I will fight back.”

Mann also said that he has spoken to his attorneys and will be “pursuing all legal remedies against all the parties who were involved in this heinous scam.”

Wow… that’s a new kind of horrible, even for Anderson. But, in his mind, he’s working toward a righteous Christian cause and that automatically justifies anything he does to achieve it, whether it means advocating for the deaths of those who don’t fit his narrow Christian ideal or conning people to appear in a movie they would never participate in otherwise.

(via Raw Story. Thanks to Scott for the link)

December 13, 2014
Mississippi Pastor Puts a Wedding Dress on a Horse to Protest Gay Marriage (Because He's a Neigh-Sayer)
Next Post