No, this is not a story from Lahore or Riyadh.

Jacksonville City Council President Clay Yarborough objected Wednesday to a photo of a nude pregnant woman at the Museum of Contemporary Art Jacksonville, saying it “works against our efforts to promote a family-friendly Jacksonville and downtown.”

Won’t somebody please think of the widdle cheel-drunn!!!

Yarborugh says that he photo is so unpalatable, and exhibiting it so irresponsible, that the museum should suffer financial consequences to the tune of almost a quarter of a million dollars.

Yarborough asked Mayor Alvin Brown’s office to pull $230,000 of taxpayer money that was awarded to the downtown museum through the Cultural Council of Greater Jacksonville, which screened grant applications for the money. Yarborough said he objected in part because the image could be seen by anyone, including children, coming to the museum.

He’s right. Everyone knows that kids, if given half a chance, will flock to museums to gape at smutty nudes. The li’l ones sorely need protectors like Yarborough to shield them from a Vermeeresque travesty such as this (the controversial photo in question, by artist Angela Strassheim): 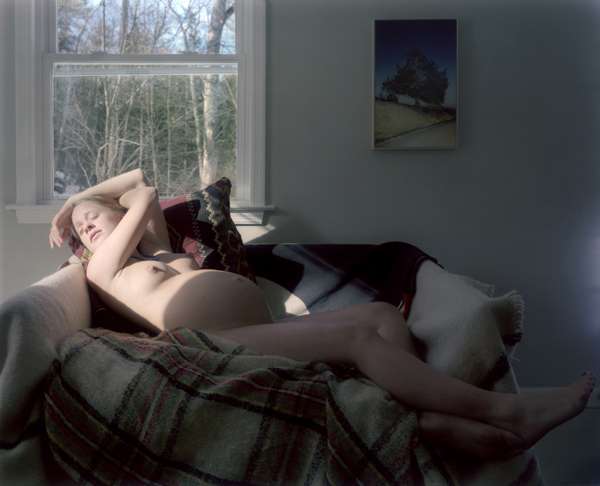 We could instead show them wholesome pictures like this.

Now that‘s what I call art.

“I am trying to promote a positive moral climate in our city,” Yarborough told the Times-Union by email, “and though some will defend the pornography by labeling it ‘art,’ we need boundaries in order to be healthy, especially where it concerns our children.” …

Strassheim’s photos are displayed in many fine museums, and there have been no other complaints, but many positive comments, since an exhibit of her work opened, said Marcelle Polednik, MOCA’s director.

Mayor Brown has politely told Yarborough to buzz off, noting that, under case law, censoring or punishing the museum would be a First-Amendment violation that “could subject the City to injunctive action and financial sanctions.”

December 12, 2014
Is God Thumbing His Nose At Us? The Problem of Evil and the Florida Lottery
Next Post