Remember the other day when Westcity Bible Baptist Church Pastor Logan Robertson sent an email to a gay Christian author who was promoting his book? It said these loving words o’ Jesus: 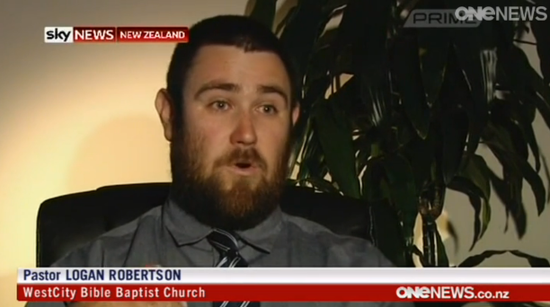 We are not interested in your filthy lifestyle or book.

Romans 1 clearly says God has rejected homos and they are worthy of death. You can not be saved.

The bible says you are vile, strange (queer), reprobate, filth, sodomite, natural brute beasts, made to be taken and destroyed…

I pray that you will commit suicide, you filthy child molesting fag.

Most of the reports about this incident have been pretty one-sided. And maybe it should be. But New Zealand’s ONE News decided that they should really get a comment from Robertson. So they had reporter Matt McLean call him up for an interview.

Turns out McLean is also gay.

So guess how that interview went?

Pastor Robertson told Mr McLean he would not give an interview to a “filthy faggot” and he hoped that he too would commit suicide.

Robertson spoke to one reporter, presumably a straight one, and explained that he really wasn’t the bad guy here.

“I think every single one of them [homosexuals] should be put to death,” says Pastor Robertson.

“Christians shouldn’t be doing it, I’m not going to do it, it’s the Government’s job to be doing it.”

Yep, it’s the government’s job to execute people who are gay. Just like Sniper Jesus did from the mount. 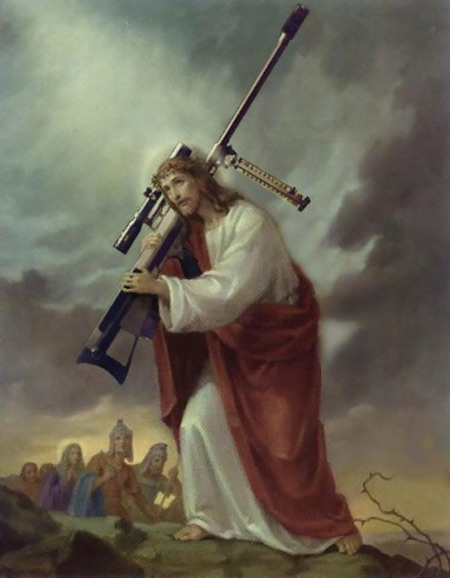 Looks like Pastor Steven Anderson has himself a boyfriend.