Kentucky Will Deny Creationists $18,000,000 in Tax Rebates Because of Their Discriminatory Hiring Practices December 10, 2014 Hemant Mehta

Kentucky Will Deny Creationists $18,000,000 in Tax Rebates Because of Their Discriminatory Hiring Practices

Answers in Genesis, Ken Ham‘s ministry, is a religious non-profit. That’s why the Creation Museum can require you to sign a “statement of faith” if you want to work there.

Ark Encounter, the Noah’s Ark theme park that’s eligible for millions of dollars in tax rebates, is a for-profit business. They cannot discriminate in hiring. 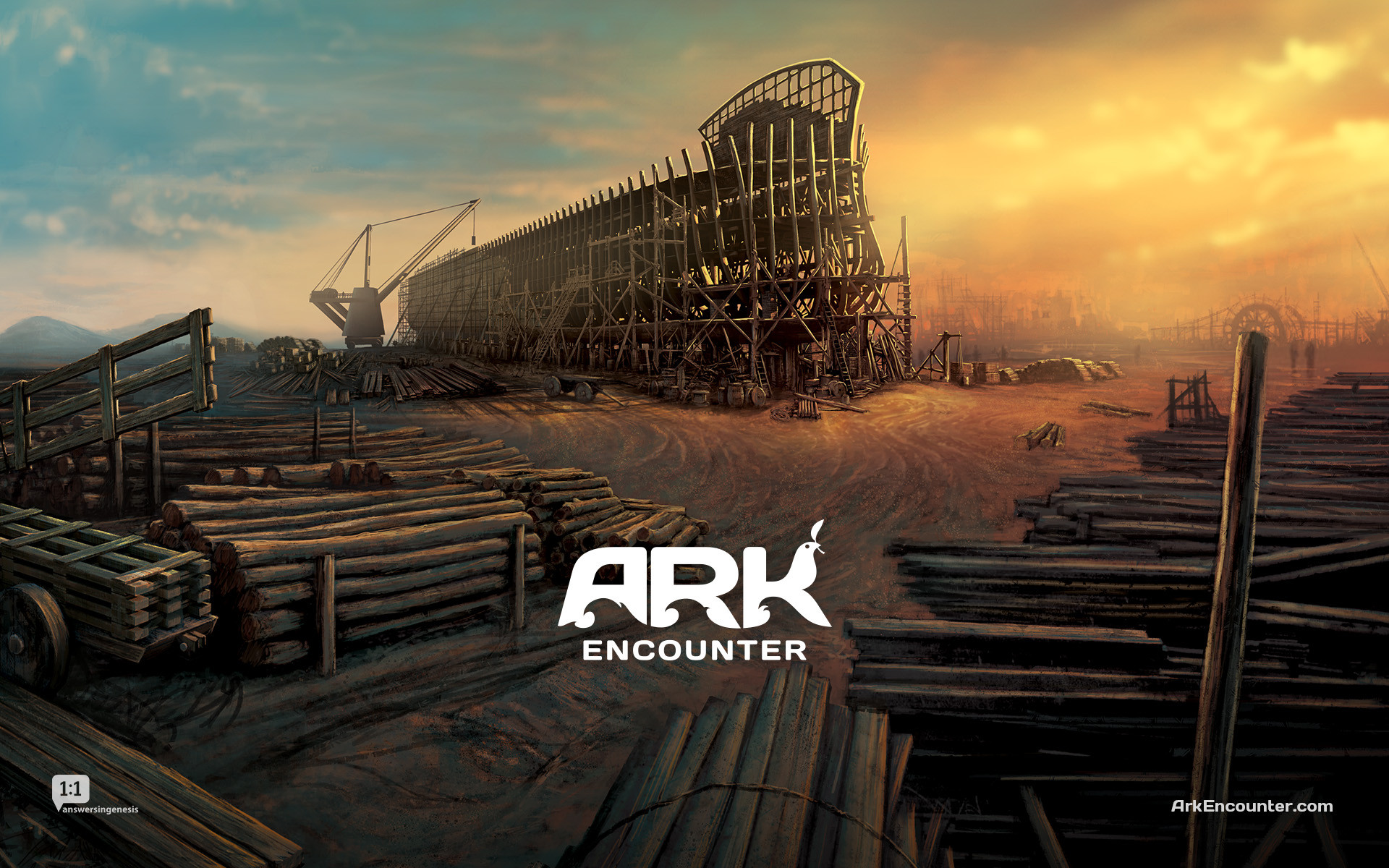 But if you looked at the job listings at AiG’s website (since taken down), the requirements for some jobs made no sense at all: 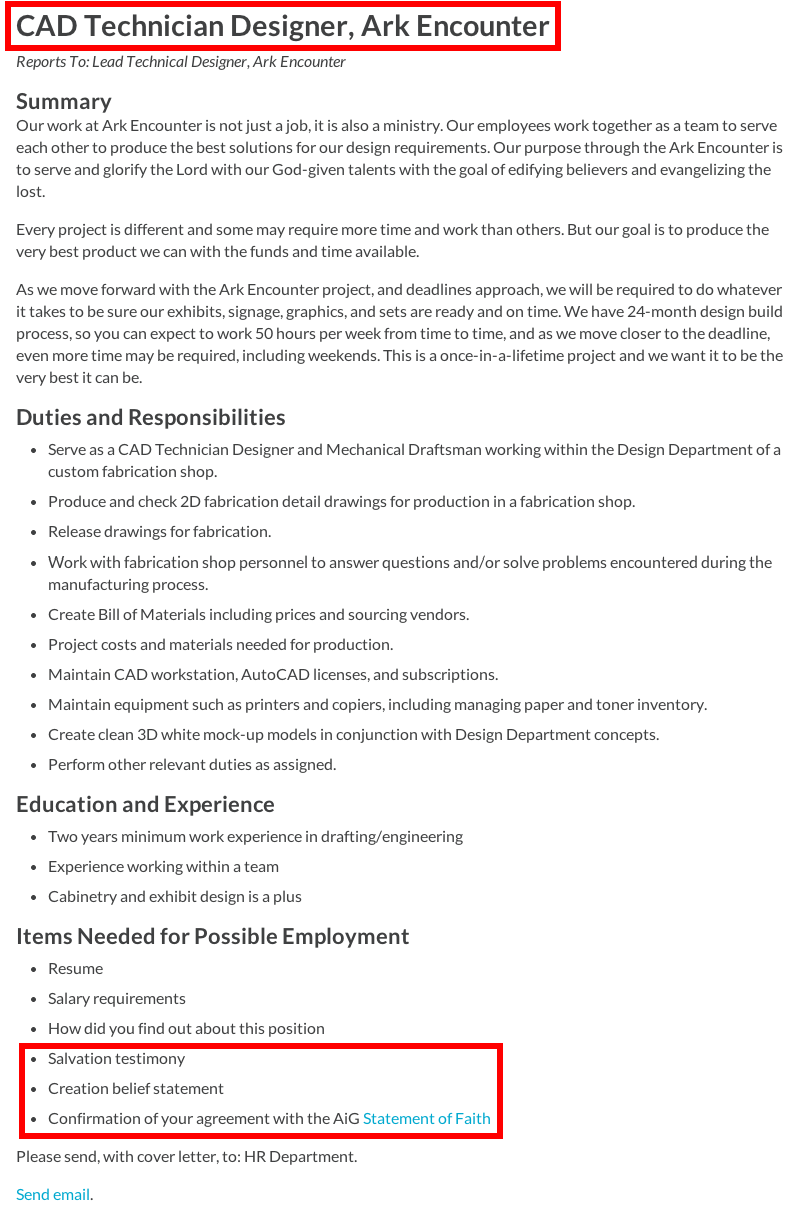 That’s a position that requires you to be a Christian… despite working on Ark Encounter.

When my colleague Dan Arel asked Ken Ham about this directly, Ham was adamant that it was a position for Answers in Genesis:

But, as Dan wrote, the conflict was clear:

What it appears is happening here is that AiG is hiring employees for their non-profit and having them work on the Ark Encounter project, a for-profit business. By doing so, they are able to use religious discrimination in the hiring process and claim that the Ark Encounter itself is not hiring or discriminating. If this sounds shady to you, that’s because it is.

Today, Kentucky officials announced that Answers in Genesis would not be eligible for the incentives — a move that will cost the Creationists up to $18,000,000 in future rebates:

The state Tourism, Arts and Heritage Cabinet said in a letter Wednesday that the Ark Encounter project has evolved from a tourist attraction into a ministry that intends to discriminate in hiring based on religion.

“State tourism tax incentives cannot be used to fund religious indoctrination or otherwise be used to advance religion,” Tourism Secretary Bob Stewart wrote in the letter. “The use of state incentives in this way violates the separation of church and state provisions of the Constitution and is therefore impermissible.”

AiG’s lawyers have argued that they have the right to hire whomever they want… which is true, as long as they don’t expect any government subsidies. But you can’t say “Jews need not apply” and expect to be rewarded for it, which is precisely what Ken Ham’s group wanted.

Even the Governor is on board with this:

“We expect any entity that accepts state incentives not to discriminate on any basis in hiring,” Beshear said in a statement. “While the leaders of Ark Encounter had previously agreed not to discriminate in hiring based on religion, they now refuse to make that commitment and it has become apparent that they do intend to use religious beliefs as a litmus test for hiring decisions. For that reason, we cannot proceed with the tourism incentive application for the Ark Encounter project.”

Americans United for Separation of Church and State, which led the charge against these tax breaks, were thrilled with the state’s decision:

“This project was never a good candidate for public funding,” said the Rev. Barry W. Lynn, executive director of Americans United. “Its purpose is to promote fundamentalist Christianity, and it should be funded with private contributions from believers.”

Hey, Ken: Your ark is sinking.

(Thanks to Ed for the link. Large portions of this article were posted earlier)

December 10, 2014
Once Again, a Public School is Told Not to Bring in a Catholic Chastity Speaker Who Can't Help but Proselytize
Next Post

December 10, 2014 Minnesota Public School Finally Agrees to Stop Sending Students on a Field Trip to Church
Browse Our Archives
What Are Your Thoughts?leave a comment