After Trying to Convert Young Children During Their Lunch Periods, Michigan Pastor Suspended by District Officials

Pastor Russ Gabel has a weird way of winning over converts in Grand Haven, Michigan: He just goes to local middle schools (with permission from the administrators) and lures the children into a classroom with candy in order to tell them all about Jesus: 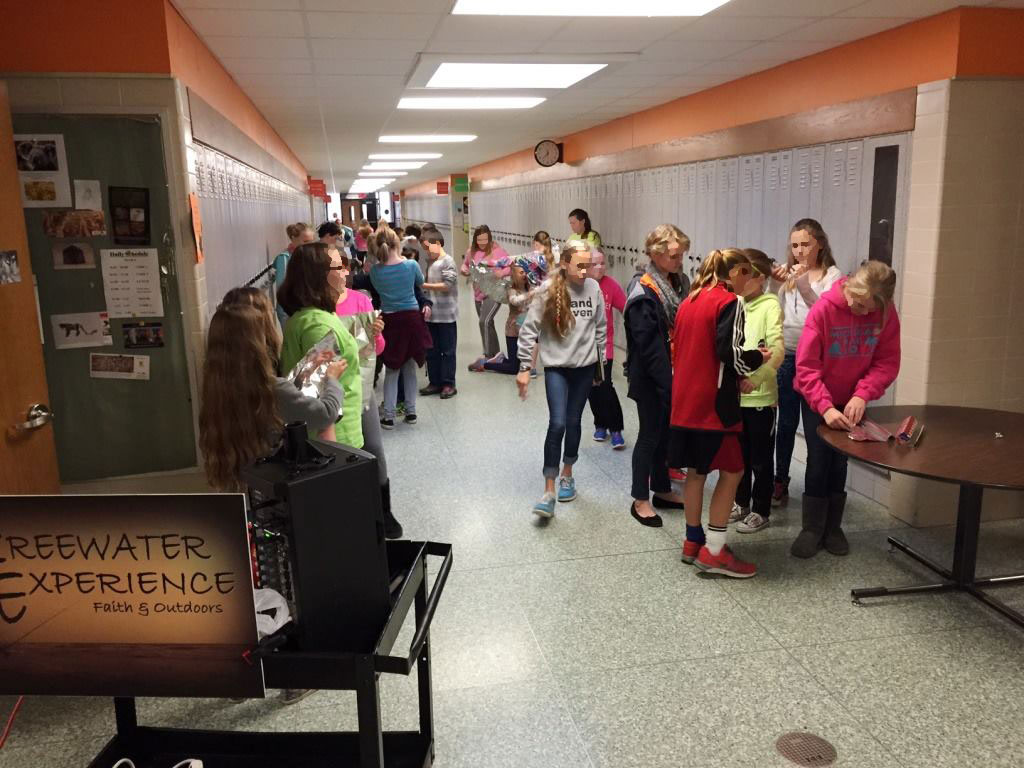 It’s just… creepy. To top it off, the whole thing happens without notifying parents. And it’s illegal.

The Michigan Association of Civil Rights Activists (MACRA) says this:

The Supreme Court of the United States has repeatedly ruled that public school teachers and administrators are expressly forbidden from allowing or in any way facilitating or accommodating religious activities, such as “evangelizing” or “proselytizing” to public students by clergy or other adults, at any time during school hours, including during lunch periods.

To that end, they sent letters to the superintendents of two districts where Gabel frequents:

In separate letters to superintendents Keith Konarska and Bob Szymoniak, MACRA has demanded the immediate removal of Pastor Russ Gabel and his “Freewater Clubs” and/or “Lunchroom Ministries” from all public schools under the authority of the Grand Haven Area Public Schools and Fruitport Community Schools.

Yesterday, they announced some good news; the superintendents will put a stop to Gabel’s proselytizing:

This just in from the Superintendent of Grand Haven Area Public Schools: “… the District will immediately suspend any permission for Mr. Gabel’s Freewater Experience club to continue the alleged use at issue of school facilities during school hours.”

The Superintendent of Fruitport Community Schools has also agreed to suspend Pastor Gabel and Freewater Experience from activities in public schools.

So far, Gabel hasn’t issued any sort of public response.

But I’m glad he won’t be able to coerce any more children into his meetings. The amount of peer pressure those kids are already dealing with is remarkable, and for a religious leader to walk in there to try and get a few more Jesus-approved tally marks for the church walls is completely out-of-bounds.

This wouldn’t even be an issue if we were talking about a local Muslim, or atheist, or Satanic leader. They probably wouldn’t have been allowed into the schools in the first place. And the same rules must apply to Christians.

December 5, 2014
Texas School District Allows Bible Giveaways After School, but Will They Allow Muslim or Satanist Distributions?
Next Post

December 5, 2014 Michigan House Passes Bill That Will Allow Discrimination If It Conflicts With Your Religious Beliefs
Browse Our Archives
What Are Your Thoughts?leave a comment