Rick Santorum Suggests Separation of Church and State Isn’t an American Ideal; It’s a Communist One

Brian Tashman of Right Wing Watch picked up an interesting part of the conversation: 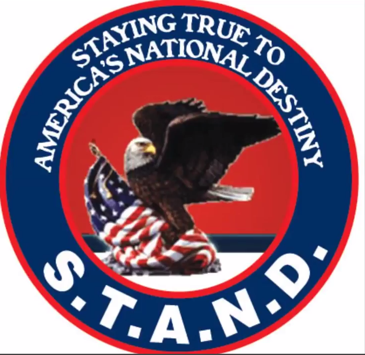 The first call, at about 13:45 in the video, is from “William in Chesapeake.”

William proceeds to make a series of (frankly ludicrous) assertions, saying that there are “a number of the things that the far left”

… and the president is pushing for and accomplishing actually accomplishes a number of the tenets of “The Communist Manifesto,” including the amnesty, the elevation of pornography, homosexuality, gay marriage, voter fraud, open borders, mass self-importation of illegal immigrants and things of that nature.

William thinks this should “raise a number of red flags.” On that, at least, I agree — as his claims are so utterly false as to be downright laughable. This would have been a good moment for Santorum to point out that none of the above was actually true.

Instead, he seems to lend tacit agreement by observing that he was

… just thinking that the words “separation of church and state” is not in the U.S. Constitution, but it was in the Constitution of the former Soviet Union. That’s where it very, very comfortably sat, not in ours.

It’s troubling that a politician would turn a blind eye to such extraordinary misinformation as William put forth, but there are two additional points worth noting.

First, while the specific phrase “separation of church and state” does not appear in the U.S. Constitution, the concept is absolutely there in the Religion Clauses. As it is, the phrase was most famously used as explanation for the concept, specifically citing the U.S. Constitution, in Thomas Jefferson‘s letter to the Danbury Baptists — that is, between Americans — long before the Soviet Constitution (or a Soviet Union, for that matter) existed:

Believing with you that religion is a matter which lies solely between Man & his God, that he owes account to none other for his faith or his worship, that the legitimate powers of government reach actions only, & not opinions, I contemplate with sovereign reverence that act of the whole American people which declared that their legislature should “make no law respecting an establishment of religion, or prohibiting the free exercise thereof,” thus building a wall of separation between Church & State.

… guaranteed freedom of speech, of the press, and of assembly, meetings, street processions and demonstrations.

Article 56 (on paper, at least) assured

The privacy of citizens, and of their correspondence, telephone conversations, and telegraphic communications is protected by law.

And while some conservative Christians might object to Article 53’s assurance that “spouses are completely equal in their family relations,” surely the Rick Santorums of the world would approve of its definition of marriage as being

… based on the free consent of the woman and the man…

All of which is to say that mere inclusion in the Soviet Union’s Constitution demonstrates very little about the nature of a concept — as many of the items in our own and other countries’ constitutions, including dearly cherished freedoms, were mentioned therein.

While we’ve come to expect ample absurdities from Santorum, it’s nonetheless unfortunate to see a likely presidential contender obscure not only history, but the truth about a key constitutional protection afforded all Americans — religious or otherwise — in such a fashion.

December 3, 2014
Bet You Missed This Funny Biblical Message in the Latest Episode of The Walking Dead
Next Post