Pastor Steven Anderson: “If You Executed the Homos Like God Recommends,” the World Would be AIDS-Free by Christmas December 3, 2014 Hemant Mehta

Pastor Steven Anderson: “If You Executed the Homos Like God Recommends,” the World Would be AIDS-Free by Christmas

My wife and I were in the car a few days ago, listening to a recent episode of This American Life, when we heard a segment by reporter Debbie Nathan about border patrol checkpoints and the people who disregard the agents’ wishes. These people eventually get let through anyway because the agents have no actual legal authority — and that’s the point of the story. Nathan added that some people even videotaped their conversations with the agents just to prove that you didn’t have to listen to them.

At one point, we both perked up when Nathan mentioned one of the people who found a clever way to get around dealing with the agents.

My wife asked me, “Isn’t that the crazy pastor you always post about?”

It was our friend, Pastor Steven Anderson (who has a long history battling the border patrol agents). 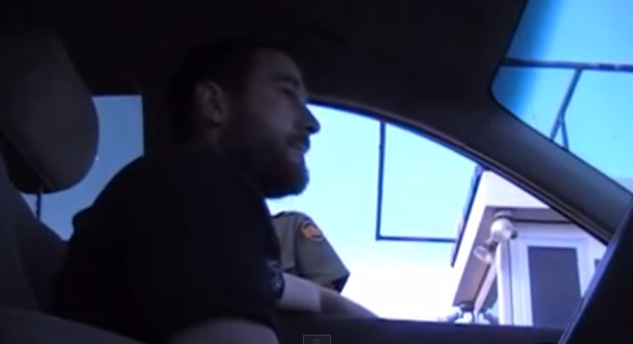 He actually came out looking pretty good in that episode.

I doubt Nathan had any idea that Anderson is the same guy who’s under fire this week for a sermon in which he told his congregation his plan to cure AIDS:

… If you executed the homos like God recommends, you wouldn’t have all this AIDS running rampant.

At one point, he corrected himself: It wouldn’t be “an AIDS-free world by Christmas” if we killed all the gays. But it’d be “90-some-percent AIDS-free by Christmas.”

So I guess he’s capable of fixing his mistakes…

(Actually, according to the CDC, men who have sex with men account for only “54% of all people living with HIV infection in 2011, the most recent year these data are available.” And not all of those men would call themselves gay. So he’s still way off.)

But just to drive the point home: This pastor just talked about the killing of all gay people in the country as if it were a brilliant solution to the AIDS epidemic, not a horrifying batshit crazy thing for anyone to say.

None of this is surprising to me. It’s standard Steven Anderson. I’m more appalled by how it didn’t sound like a single person walked out of his church when he said it. The people listening to him approve of what he’s saying. And if they approve of it, how long will it be before they grab their guns to take matters into their own hands?

Really, anytime your pastor says the words “Turn to Leviticus,” you know you’re in a fucked up church.

December 3, 2014
James Watson Wants to Sell His Nobel Prize; If Only He Had Some Dignity to Add to the Auction Block
Next Post

December 3, 2014 There Will Be a Satanic Display in Florida's Capitol Building This Holiday Season
Browse Our Archives
What Are Your Thoughts?leave a comment