After a lot of internal turmoil that involved the firing of its previous Executive Director, the Secular Coalition for American announced earlier today that Kelly Damerow (below), the group’s Director of Federal and State Affairs, would serve as interim Executive Director until a permanent replacement is found: 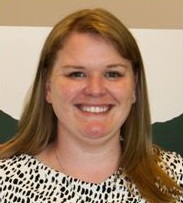 Damerow joined the Secular Coalition as the Research and Advocacy Manager in March 2012. In February 2013 Damerow was promoted to Director of Federal and State Affairs. Damerow oversaw the launch of the Coalition’s 50 state chapters and secured the mention of “atheist and agnostic” in a Presidential Proclamation for the first time in history.

Born and raised in Florida, Kelly received her Bachelor’s and Master’s degrees in Education and her Juris Doctor degree in law from the University of Florida. She was admitted to the Florida Bar in the fall of 2011. Prior to joining the Secular Coalition, Kelly was a Legal Fellow in the American Humanist Association’s Appignani Humanist Legal Center.

SCA also announced a $250,000 matching grant in which all donations made in December would be matched up to that amount. So if you were hesitant about giving before, you may want to consider doing it now.

No word yet on whether donors who were upset by the firing of Edwina Rogers have started to donate again.