On International Space Station, Photos of Russian Space Pioneers Are Replaced With Religious Icons and Crucifixes

Sharp-eyed Redditor Vakhnenko noticed something striking in recent pictures of the Russian crew aboard the International Space Station (ISS). In previous photos, you could see, on the wall behind the space travelers, black-and-white portraits of famed cosmonaut Yuri Gagarin (the first man in space) and rocket engineer Sergei Korolev (the father of the Soviet space program).

Those photos have now been replaced by about half a dozen Christian icons — and two gold crucifixes. 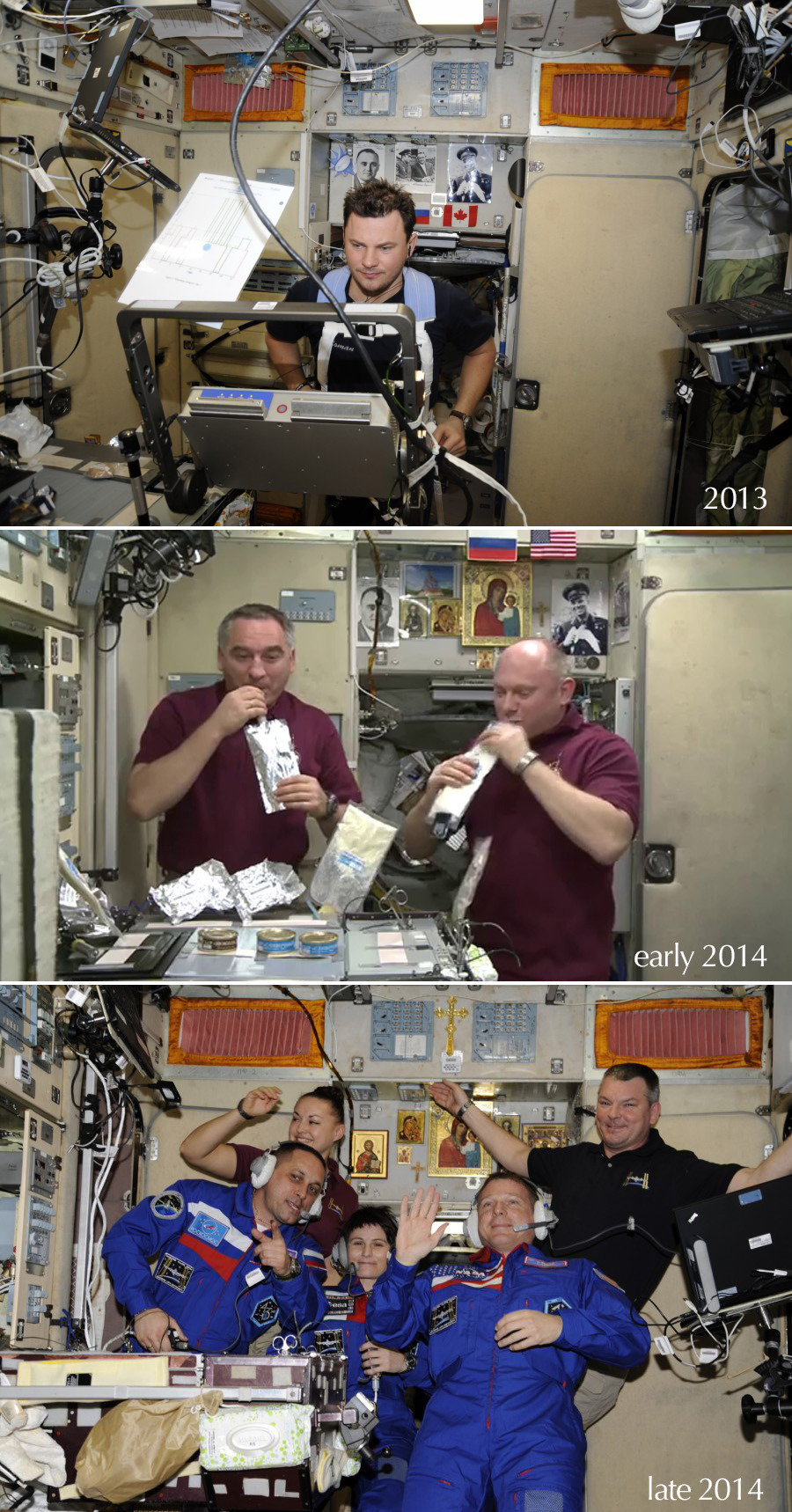 It’s possible (best-case scenario) that the Gagarin and Korolev photos have found a prominent spot elsewhere on the walls of the ISS.

We don’t know whether the icons and crucifixes reflect the current crew’s personal preferences, or if the initiative to display them came from higher up the chain of command.

Current Roscosmos management seems very eager on flaunting Orthodox Christianity. It’s in line with the currently popular Russian concept of having spiritual advantage over the decadent West, rejecting the atheist Soviet past (never mind that basically all of current Russia’s space technology was created in USSR), and so on. So in short, yes, it might be a political thing rather than the cosmonauts’ personal preference.

Fun fact: in Russia nowadays they even bless intercontinental ballistic missiles. I kid you not.

December 2, 2014
Canadian Family Kept Dead Father's Corpse in Bedroom for Six Months in Hopes God Would Resurrect Him
Next Post

December 2, 2014 Humanist Group Sues Georgia School District After It Continues to Push Christianity on Student Athletes
Browse Our Archives
What Are Your Thoughts?leave a comment