For the fourth straight year, the Freedom From Religion Foundation has put up a “natural nativity scene” in the Wisconsin Capitol building: 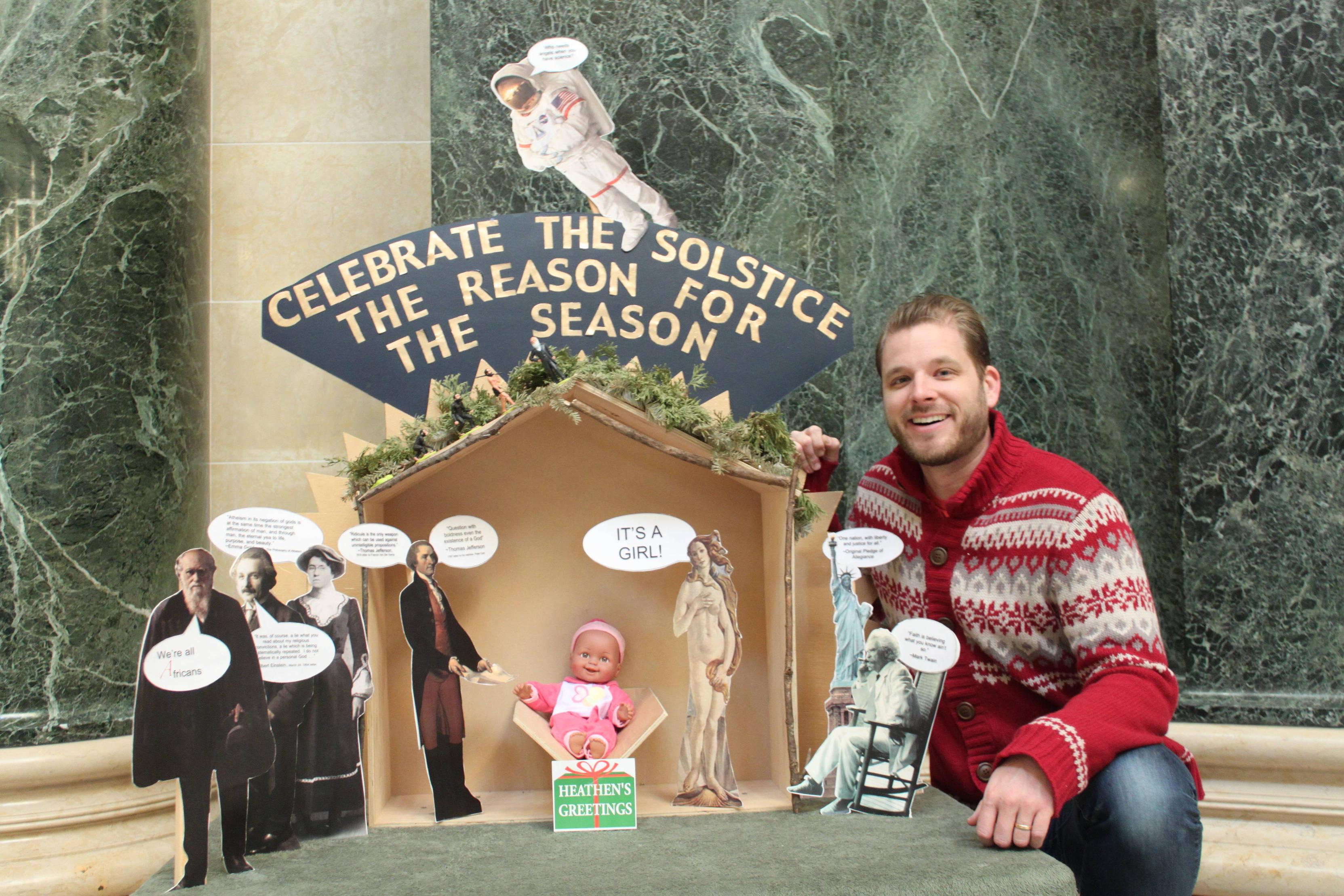 Today also marks the fourth return of FFRF’s “natural nativity scene,” which was unveiled in 2011 to counter a nativity scene placed by a Religious Right group in the Capitol. The unique display recognizes the rebirth of the Sun, not baby Jesus. FFRF’s symbolic baby is black and female (for egalitarianism) and to acknowledge that humankind was birthed in Africa.

“FFRF would vastly prefer that government buildings and seats of government be free from religion — and irreligion,” said Co-President Dan Barker. “Religion in the Capitol is divisive, and the rotunda is getting very cluttered. But if a devotional nativity display is allowed, then there must be ‘room at the inn’ for all points of view, including irreverency and freethought,” said Barker. “In celebrating the solstice, we celebrate reality.”

As I’ve said before, that last point is key. You might criticize FFRF for taking part in something it deplores, but I don’t see it as hypocritical at all. They’re just taking advantage of an opportunity that legally extends to them. They’d be just as happy (more happy, really) if that opportunity were taken away from everyone.

And since an atheists’ nativity scene isn’t enough, FFRF also put up their Winter Solstice message nearby (for the 19th time):

At this season of
THE WINTER SOLSTICE
may reason prevail.
There are no gods,
no devils, no angels,
no heaven or hell.
There is only
our natural world.
Religion is but
myth and superstition
that hardens hearts
and enslaves minds.

So many gods, so many creeds,
So many paths that wind and wind,
When just the art of being kind
Is all this sad world needs.

(Large parts of this article were published earlier.)