For the third straight year, the Freedom From Religion Foundation chapter in Chicago has put up an atheist display at North School Park in the city of Arlington Heights. It comes in response to a Nativity Scene that will also be on the property. This year, the atheists put up a five-foot-tall Scarlet A: 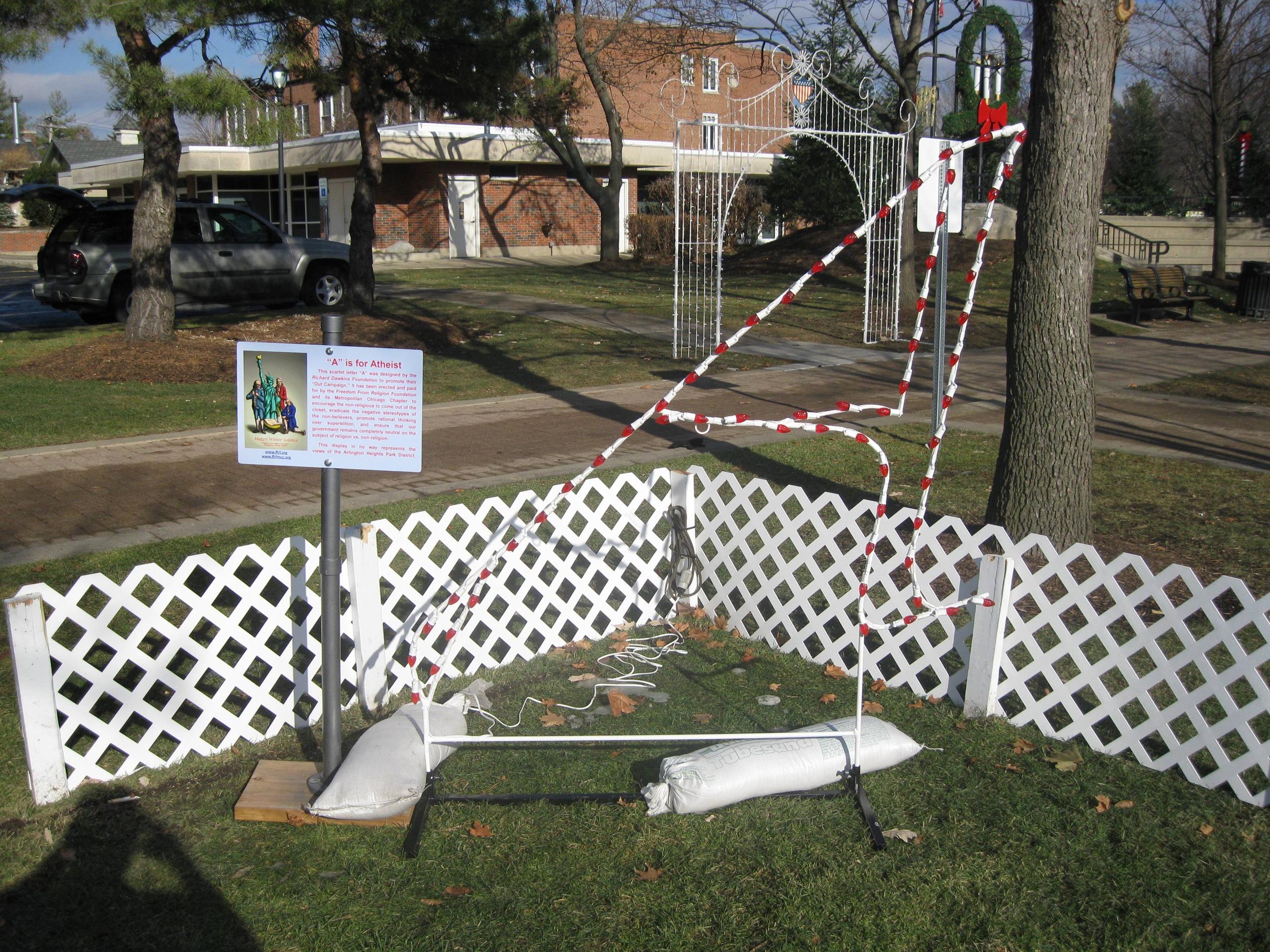 There’s also an “Are you Good Without God? Millions are” banner from the Chicago Coalition of Reason: 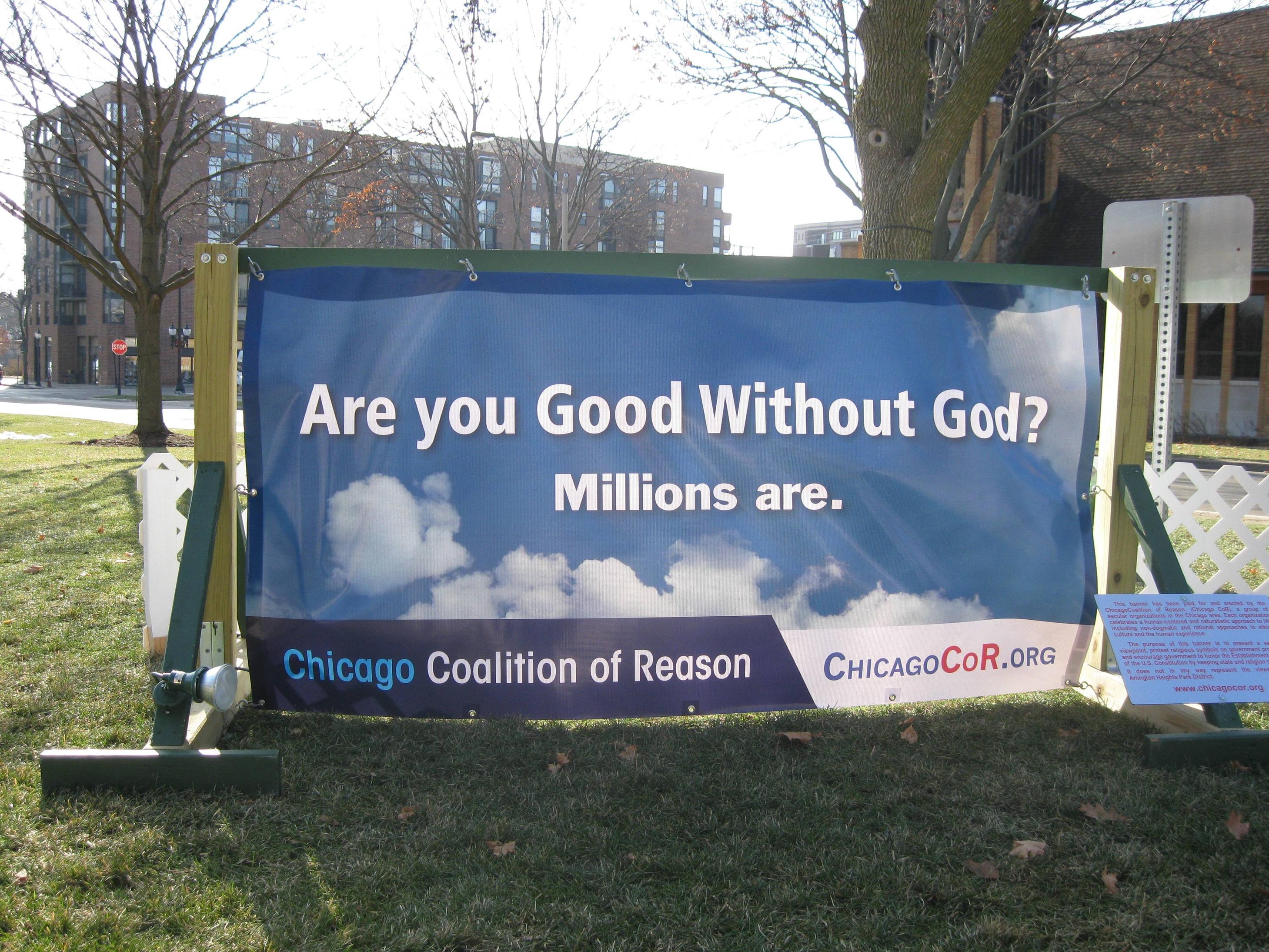 Those displays take up two of the four spots in the park and will be up through January 3.

You may recall that, last year, the FFRF’s sign was vandalized. Someone took a knife to the banner: 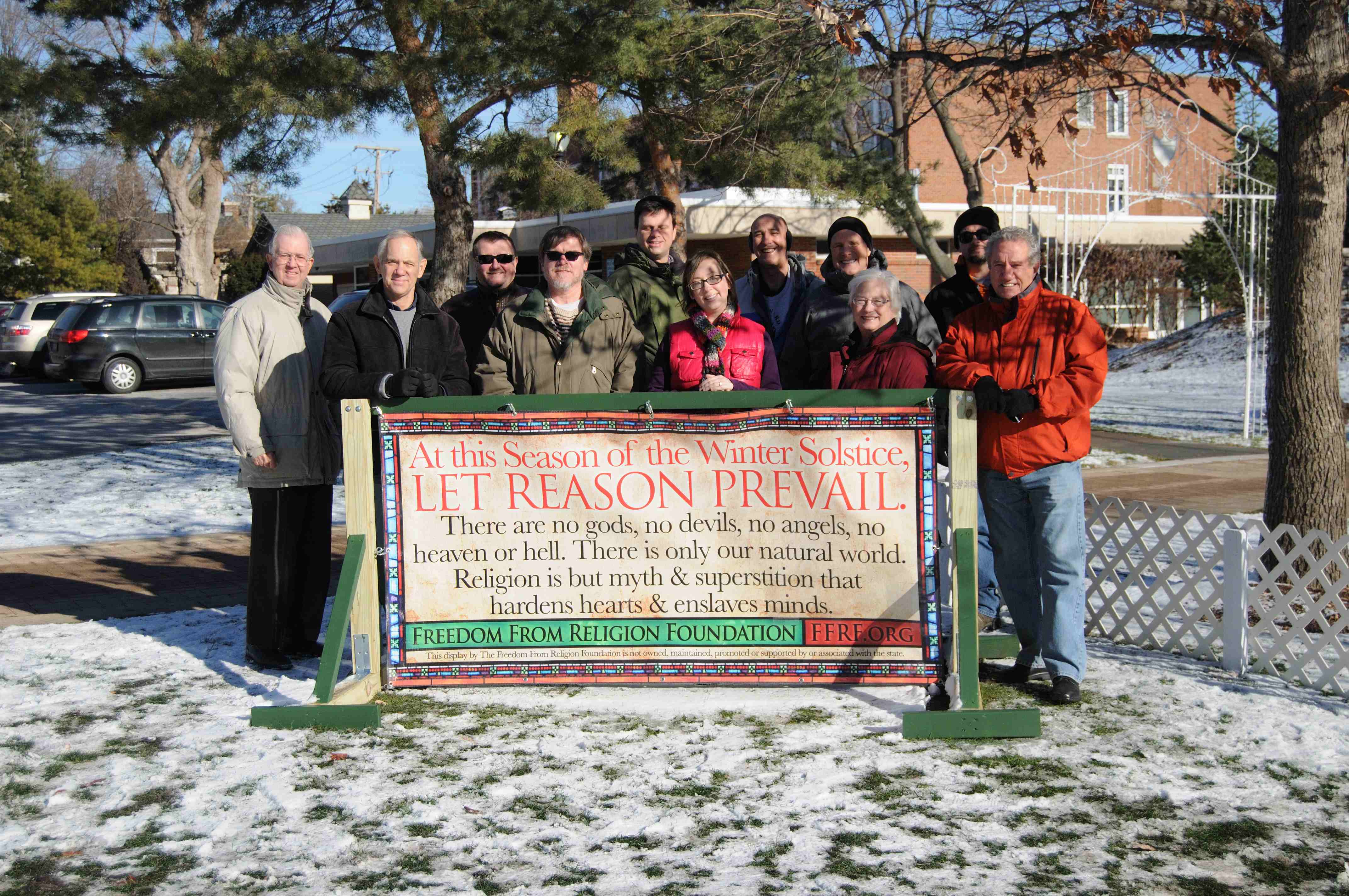 Hopefully, nothing like that will happen this year… but, you know, it’s only been a day.

December 1, 2014
Muslim Extremists in China Are Thought To Be Behind Another Attack With Bombs and Axes
Next Post