Oklahoma Satanists Back Out of Monument Project, but Satanic Temple Officials Say They Will Still Press On November 28, 2014 Hemant Mehta

Oklahoma Satanists Back Out of Monument Project, but Satanic Temple Officials Say They Will Still Press On

For a couple of years now, there’s been a Ten Commandments monument outside the Oklahoma Capitol building:

Last month, a Christian man, off his medications, drove his car into the monument, completely destroying it. A state official said the monument would be replaced with private funding.

But long before any of that happened, there was a different controversy. The ACLU had filed a lawsuit against the state government, alleging that the monument constituted a government endorsement of religion.

In the meantime, the Satanic Temple decided they wanted to put up their own monument on state property. If Christians could do it, the thinking went, then the doors were open to all groups! It wouldn’t cost the taxpayers a dime.

They soon revealed the design for their monument and got to work creating it:

That would be a 7-foot-tall statue of Baphomet flanked by smiling children. Beautiful, no?

In order to go through the process of putting up that monument, the Satanic Temple needed a local supporter willing to sign some paperwork (and possibly go in front of the media). They found a couple of volunteers in Adam Daniels and his wife Kelsey, who also called themselves Satanists. A few months ago, the couple also spearheaded a controversial Black Mass in Oklahoma City, a move the media often wrongly attributed to the Satanic Temple, though there was no formal connection.

In the month following the Satanic Temple’s request, a Hindu group said they also wanted to donate a statue. More requests were inevitably coming. And that led the Oklahoma Capitol Preservation Commission to declare a moratorium on all petitions — at least until the ACLU’s lawsuit was settled.

Here’s where things get interesting.

The ACLU’s lawsuit was dismissed a couple of months ago (though the group says it will appeal). And the destroyed Ten Commandments monument will be rebuilt. So the question is: Will the Satanic Temple’s monument now be allowed?

That’s a question we’ve been asking for nearly a year, despite all the distractions.

Earlier this week, things took a weird turn when the Daniels backed out of their support for the monument, saying they wanted nothing to do with it anymore:

“Why would I want to give a small child nightmares and destroy their psyche with a monster,” said Satanist Adam Daniels.

For this Satan worshiper, it all stops when children get involved.

“One of the rules in Satanism is do not harm little children.” said Daniels.

That’s… weird. Especially since no little children are being harmed by this statue. The Satanic Temple wouldn’t condone it, the statue doesn’t suggest it, and it’s a complete misrepresentation of everything Satanists stand for.

But does this mean the monument is dead?

No, says Satanic Temple spokesperson Lucien Greaves. He told me (via email) that the Daniels were never actual members of his organization, that he didn’t even endorse their Black Mass, and he’s “quite happy” to be rid of the connection to the couple:

While many people have expressed their concern that [the Daniels backing out] will somehow damage our campaign, we’re quite happy that Kelsey and her husband, Adam, are now making clear their lack-of-affiliation with our organization.

… The Daniels’s withdrawing their support for the monument, loudly and publicly, seems to be a last bid for media attention in The Satanic Temple’s name. We’re happy for the opportunity to finally make perfectly clear that Adam Daniels and his wife have absolutely no place whatsoever within The Satanic Temple, and we can claim no responsibility for any of their activities.

As for a petition for local standing, we’ve received dozens of emails from Oklahoma supporters who are eager to take on that role.

That means state officials will still have to decide whether the Satanic Temple’s monument can go up on government property.

If they say no, they will almost certainly face another lawsuit.

If they say yes… then there will be a Satanic monument on the grounds of the state Capitol building and that’s freakin’ awesome.

Greaves says he plans to resubmit the petition very soon and that the Daniels backing out will not be an obstacle at all. 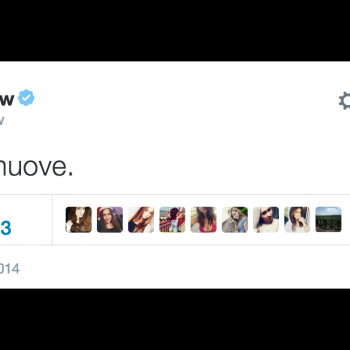