After a Brief Suspension for Defending Evolution, ESPN’s Keith Law Returns to Twitter with This Gem November 28, 2014 Hemant Mehta

After a Brief Suspension for Defending Evolution, ESPN’s Keith Law Returns to Twitter with This Gem

Last week, retired baseball star Curt Schilling took to Twitter to criticize, of all things, evolution. And one of his critics was ESPN baseball writer Keith Law, who tried (to no avail) talking sense into the pitcher. 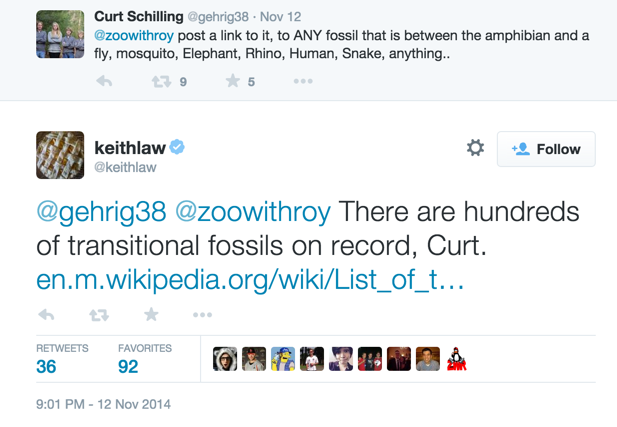 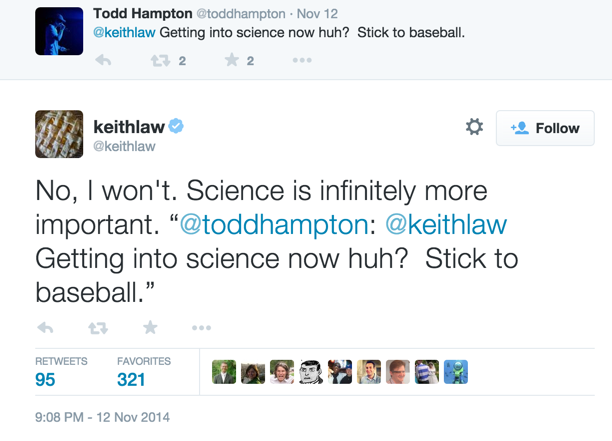 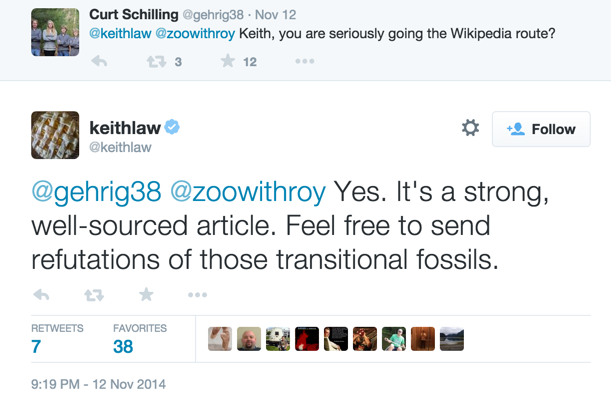 Law was temporarily suspended by ESPN for those tweets (which, let’s admit, were not even remotely offensive).

This week, Law returned to Twitter with this web gem:

“Eppur si muove” translates to “And yet it moves,” the words Galileo uttered when he was forced to recant about the Earth revolving around the sun. It was a quiet admission that scientific truth remained even when the ignorance of others was on full display.

To understand that line, though, you might have to do some research. Which means Curt Schilling won’t notice anytime soon.

November 28, 2014
Oklahoma Satanists Back Out of Monument Project, but Satanic Temple Officials Say They Will Still Press On
Next Post

November 28, 2014 Frustrated with the Mother Who "Audited" a Museum's Evolution Exhibit? There's a Way You Can Undo Her Damage
Browse Our Archives
What Are Your Thoughts?leave a comment