A study commissioned by Ligonier Ministries and conducted by LifeWay Research found that not all Americans believe in the tenets of Christianity. While this is disturbing news for the ministry, it’s wonderful news for those of us working to loosen the grip of religion in the country. Half of Americans don’t buy into all this nonsense! 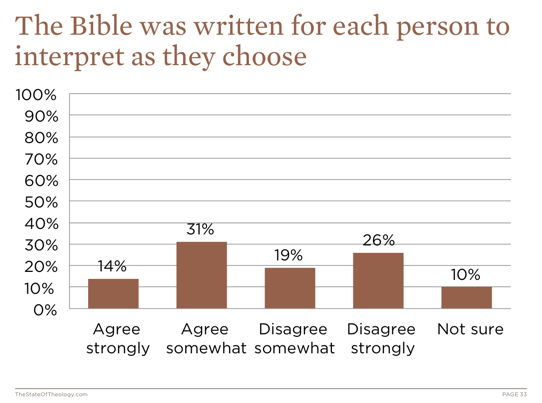 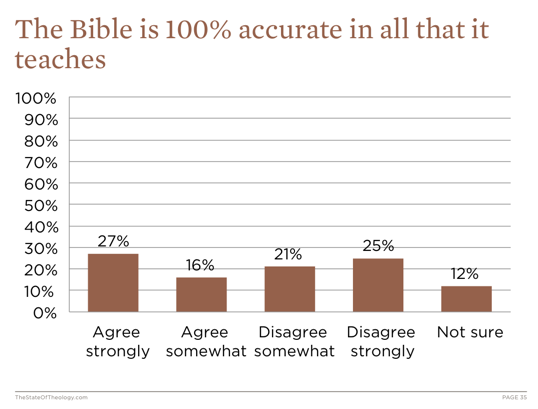 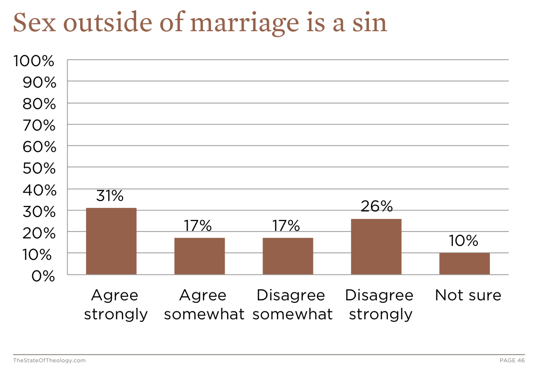 Creationist Ken Ham can’t believe it; he blames evolution. (Though, to be fair, Ham would blame evolution if he couldn’t find his keys in the morning.)

According to the survey, the majority of Americans (53%) don’t believe that heaven and hell are real places and almost half think that there are many different ways to heaven. Also, less than half of the participants believe that God authored the Bible and over half (57%) don’t think the Bible is always accurate. Consequently, only half of Americans (49%) think the Bible has authority in our lives. Sadly, while half of the population (51%) may think that the Bible is authoritative, many of these people don’t base their thinking in all areas on God’s Word as nearly half (45%) are said to believe that the Bible was written for each person to interpret as they chose.

We have found that a major reason for our young people leaving is because many in the church have neglected God’s Word in Genesis. Instead of accepting what the Bible says about the history of the earth, by and large the church has replaced God’s Word with man’s by accepting evolution and/or millions of years and so God’s Word is no longer accepted as the ultimate authority on Earth’s history — man’s word is! It should come as no surprise that this compromise hasn’t stayed in Genesis but has spread to how people view the rest of the Bible. After all, if you cannot trust God’s Word in Genesis, then why trust what it says throughout the rest of Scripture?

I fully agree. But he’s putting too much responsibility on Genesis. It’s the easiest book to reject. You can play this game with the New Testament, too, and still watch the dominoes topple.

Dr. R.C. Sproul, who runs Ligonier Ministries, summarized the findings with the greatest line I’ve heard in a while:

What comes screaming through this survey is the pervasive influence of humanism.